Queensland – Australia-based Zimbabwe rugby ace Connor Pritchard is what you might call a “Jack of all trades and a Master of City Planning.’’

He’s a pilot, flanker, environmental scientist, town planner and small business owner, depending on what day you get him.

When the 25-year-old accepts his Masters at Bond University’s graduation ceremony this month, he will be able to remove student from his long list of honorifics, at least temporarily.

The suit will barely have time for a dry clean before he scrubs up for another ceremony, this time the Planning Institute of Australia’s Queensland Academic Awards where he will receive a gong for his thesis titled The Role of Drones in Urban Planning.

Life has certainly been a whirlwind for Pritchard since accepting a Sport Leadership Scholarship to undertake his Masters.

He joined national engineering firm JC Engineers’ and launched his own business DroneSpect all the while playing a key role in the Bond Bull Sharks’ tilt for the 2022 Premier Rugby premiership.

He is also an active member of the Environment Institute of Australia and New Zealand (EIANZ) and Soil Science Australia (SSA) and is a CASA registered drone pilot.

“My work focuses on how we develop our cities and the process that go along with that, and my main interests are in environmental and traffic planning,’’ he said.

“And I have recently started my own business, we work alongside engineering firms and go out to inspections on structures where engineers can’t get access to such as bridges.

“I did my research at university on drones and urban planning, I have a real interest in drones and hopefully the business takes off.’’

Such a work and study schedule would entitle Pritchard to enjoy some couch time of an evening and relaxing weekends spent recharging the batteries. 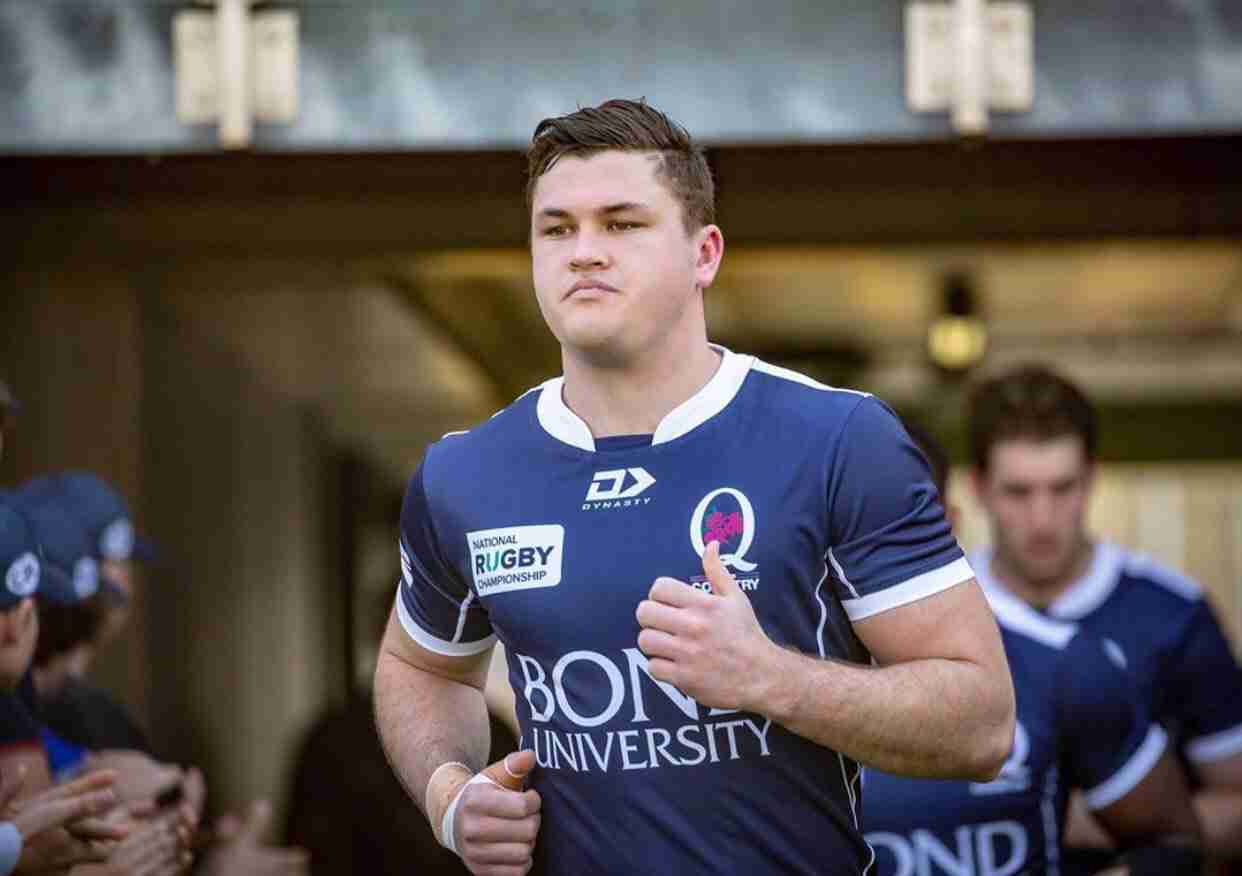 But there’s training with the Bull Sharks Monday to Thursday and Saturdays are taken out by game day.

“I have loved it, the Bull Sharks have grown from strength to strength in the time I’ve been there,’’ he said.

“I feel like our team culture is really strong and our team bonding has been such a big thing for us this year, it is showing in our form.

“We have managed to keep a few boys over the years and those core players really provide great leadership for younger players coming into the team and the colts at the club to look up to.

“It is a really great place to play.’’

Pritchard arrived at Bond after completing a Bachelor of Environmental Science at Griffith University.

He had assumed he was done with study after landing a job as a town planner, but his interest in post graduate degree was sparked after hearing about the John Eales Scholarship through contacts at the Bond rugby club.

His application was shortlisted and although he ultimately missed out, he won the Sports Leadership Scholarship, a move that was to reignite his passion for study.

“The difference from my undergrad to Bond has been huge, you have that one-on-one experience with your lecturer, they are aways there for you, available for a meeting, or over the phone,’’ he said.

“They want you to pass, at the other uni I felt like I was just a number where at Bond they really care for you.

“There is a lot of support to help people get jobs and prepare for life after university.’’

The tyranny of distance will prohibit Pritchard’s Zimbabwean-based parents Garth and Trish from attending his graduation ceremony, but he has hinted they may get another chance to see their son don the ceremonial garb.

“I have been working in the industry for a while but that is not to say I wouldn’t go back to university to do my doctorate; I believe the more you study the more opportunities open up for you.

“And you can always diversify, I could explore a new area or head into a different industry.’’