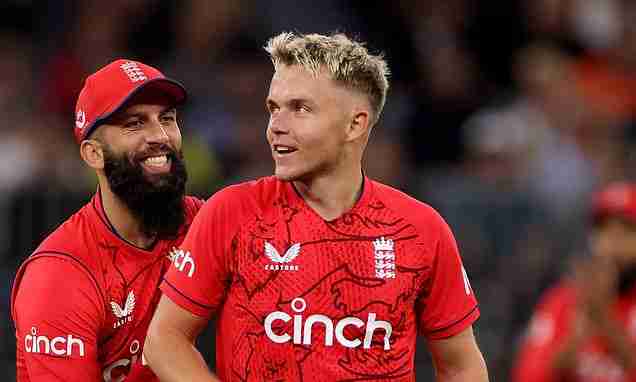 Perth- Sam Curran wants to make up for missing out on the last World Cup by doing everything in his power to grab a starting place in this one.

Curran was forced to pull out of the England squad that reached the semi-finals of the Twenty20 World Cup in the UAE last year at the last moment when he suffered a stress fracture of his lower back in the Indian Premier League.

Now, after impressing in the first of three internationals against Australia that form England’s preparation for this year’s tournament, he has given himself every chance of leapfrogging his way into the team to face Afghanistan in the World Cup opener in Perth.

“I don’t want to talk about the World Cup too much because I was so close to the last one,’ said Curran ahead of Wednesday’s second match at the Manuka Oval.

“But I’m excited because I’ve heard a lot about World Cups and how great they are to be involved in.

“It was gutting to be injured when I was so in some ways it’s scary thinking about this one still with three games to go before the tournament. I’ve just got to keep on putting in performances and if it works it works. If not I’ll keep on smashing away.”

It will certainly be hard to leave out the younger Curran now because he has started to excel in one of their traditional weaknesses of death bowling, not least when he conceded just seven runs in the last over in Perth to give England victory by eight runs.

But the question is, who misses out to make way for him, certainly when Chris Jordan, who could play on Wednesday, and Liam Livingstone return to give England a fully fit squad.

As long as Livingstone has recovered from an ankle injury in time for the tournament opener on October 22 he will surely feature but it could be as low as No7 because Harry Brook has nailed down the No5 position.

England, meanwhile, are determined to get the best out of Ben Stokes in T20 cricket by batting him at four.

That means Curran could be competing for one place at eight along with Jordan and Chris Woakes, with Adil Rashid, Mark Wood and Reece Topley looking certain to play.

“I probably have thought about who I’m competing with but at the same time I want to focus on performing in the games and then the rest can take care of itself,” said Curran.

“We know Liam will come back because he’s a quality player and the whole squad is strong. It will take all of us to win this tournament.”

England like Curran because he seems to make things happen in all formats – he was a particular favourite of former national selector Ed Smith because he made the team better- and has a great chance of being named next week in England’s Test party to tour Pakistan having not played a red-ball match for his country since the summer of 2021.

But first comes the chance for a series victory against a much stronger Australia side, with any game between the old enemies being much more than a warm-up.

“I guess they are warm-ups, you could say that, but when you step over that line you definitely take away the warm-up feel,” added Curran.

“We definitely want to win all these games to take that momentum into the World Cup.”