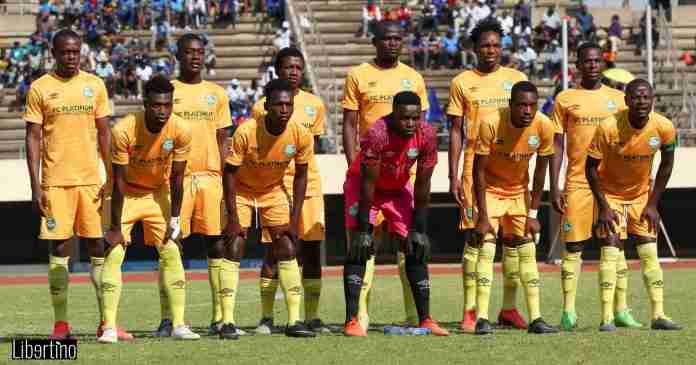 FC Platinum have been crowned Premier Soccer League champions for the fourth successive season after their nearest rivals Dynamos lost away at relegation-threatened Bulawayo City on Saturday.

Second-placed Dynamos needed a victory to delay FC Platinum’s title celebrations but they succumbed to a shock 1-0 defeat to Bulawayo City at Barbourfields Stadium.

Midfielder Melikhaya Ncube scored the only goal of the match from the penalty spot in the 83rd minute after Frank Makarati handled the ball inside the box.

The result all but ended Dynamos’ slim hopes of catching up with FC Platinum as they remained on 56 points, a massive 11 points behind the leaders with three matches left in the season.

There was also no joy for third-placed Chicken Inn after they played out a goalless draw against Herentals.

Chicken Inn were the only other team which still had a mathematical chance to catch FC Platinum.

FC Platinum, who have played a game less than their title rivals will face Caps United at the National Sports Stadium on Sunday knowing that even if they lose the match or their other remaining three matches, they have already secured the league title.

The title success is also of huge significance for FC Platinum as they have now joined giants Highlanders and Dynamos as the only Zimbabwean clubs to have won four successive Premier Soccer League titles since the modern era of the domestic premiership.

Meanwhile, the league triumph is Norman Mapeza’s 3rd with FC Platinum and fourth overall in his coaching career, since winning his maiden topflight title with the now-defunct Monomotapa United in 2008.