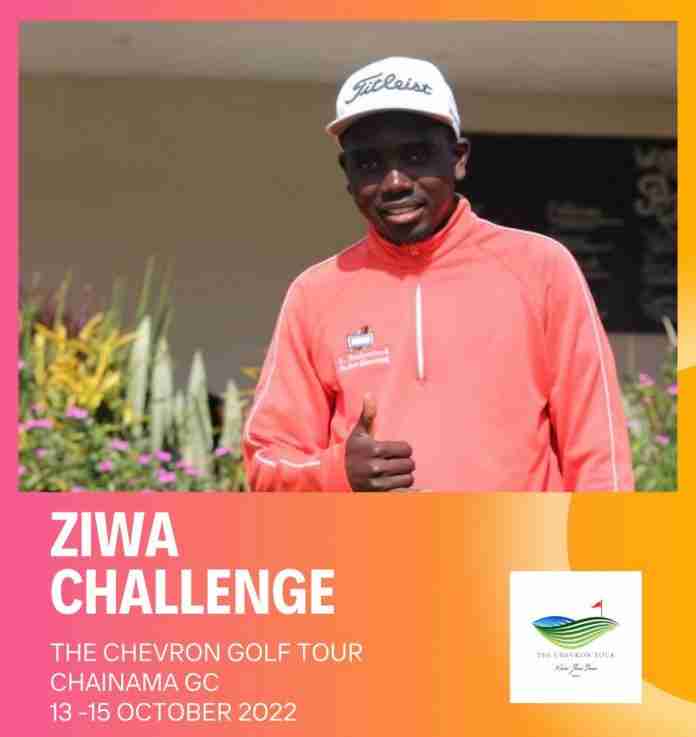 Zimbabwe’s rising golfers Robson Chinhoi and Visitor Mapwanya will be seeking to maintain their recent good form when they tee off in the Chevron Tour Ziwa Challenge at the Chainama Hills Golf Course in Lusaka on Thursday.

Thirty-year-old Chinhoi has been on a hot streak in recent weeks after claiming back-to-back victories in the Democratic Republic of Congo by winning the Kinshasa Open and the Lubumbashi Open.

Chinhoi is however set to face some tough competition from his compatriot Mapwanya, who is still fresh from winning the previous leg of the Chevron Tour when he captured the Mapungubwe Challenge at Ndola Golf Club in August.

The Zimbabwean duo will also be well aware of challenge posed by local hero Sydney Wemba who won the first edition of the Chevron Tour in June at Bonanza Golf Course.

While the trio of Chinhoi, Wemba and Mapwanya are the favourites for the Ziwa Challenge title, their success in the tournament is by no means guaranteed with other talented players from both Zambia and Zimbabwe also vying for the coveted title.

The Ziwa Challenge, which is the fourth event on the Chevron Tour, has received a major boost following the announcement of a partnership between the tour and Zambian companies s, Big Tree Beverages, Romans Pizza, and Makira Paper Co. to host the event.

The tournament brings together professional golfers and elite amateurs together over three days and 54 holes of golf to crown the pro champion and the amateur champion.

The Chevron Golf Tour’s founder and chief executive officer Tafadzwa Makadzange-Chigumira said she has been amazed by the tremendous growth of the tour, which began as a desire to resuscitate regional golf courses and give local professionals quality competition and a chance to live their dreams.

“The Chevron Tour is truly a dream come true, not just for myself but for the players who have entertained us immensely to date,” Makadzange-Chigumira said.

“In addition to a US$5 000 purse for the pros, golfers will have another chance to win points for the Order of Merit and really test their desire to be a touring professional.

“This will be the last tournament in Zambia for 2022 as we look forward to the final tournament for the season in Harare in November for the year. The second season of the Tour will begin in January 2023 with an exciting line-up of tournaments, sponsors and events,” she added.

Makadzange-Chigumira said the Chevron Tour is grateful for the tremendous support they have received from various stakeholders within the Zambian golfing community and the hosting club Chainama Hills Golf Club.

“Without the assistance of Chainama Hills golf course this tournament would not be possible and special thanks go to the club President, Mr. And most notable the Club captain, Col. Sichimata and Tournaments Secretary Col. Nawa who have worked extremely hard to improve the course as well as club amenities while the Chevron Tour has called Chainama Hills GC home,” she said.

“Golf in Zambia cannot continue without the players and the clubs and as the Tour, we feel that the standard of play has greatly improved and will continue to grow from strength to strength with the strong hand of the National Sports Council and the ZGU who help us to bring in players like Paul Chidale from Malawi, Robson Chinhoi from Zimbabwe and many other players that have played in the DP World Tour events, the Safari Tour and the Sunshine Tour.”

The tournament also takes place during Breast Cancer awareness month and as the tour, we take this opportunity to thank all the professionals, volunteers, caregivers and survivors of breast cancer and women’s cancer for all their hard work and effort in fighting cancer.