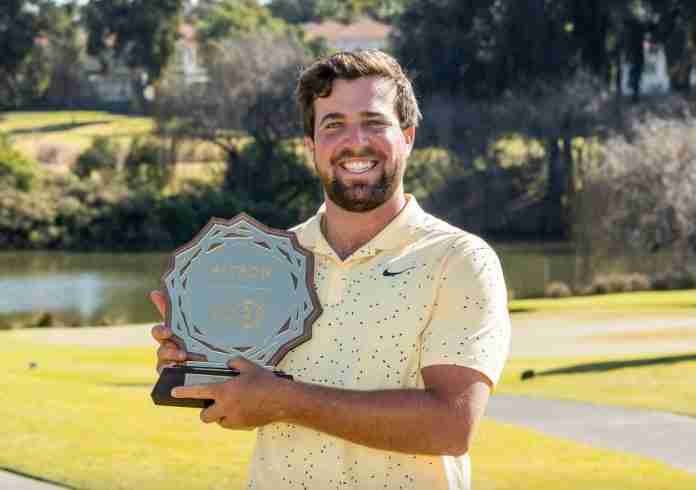 His final round score was enough to secure the win on a 54-hole tournament total of five-under-par 211.

Hendler, a three-time winner on the Altron Big Easy Tour in South Africa, finished three shots clear of Chinhoi, who carded scores of 71, 72 and 71 for a total of two-under-par 214.

Bulawayo Golf Club-based pro-Ignatius Mketekete also closed with a one-under-par round of 71 for a total of level-par-216.

Seasoned Royal Harare-based professional, who has been working to rediscover his form ahead of a busy season on the Sunshine Tour finished fourth on one-over-par 217 while Bulawayo-based Brian Gondo was a shot back in fifth position.

Sixty golfers took part in the NAC-sponsored tournament which was meant to raise funds to mobilize cancer medicines as well as diagnosis and treatment equipment. Oxygen concentrators were some of the equipment mobilized.

The sixth edition of the tournament came hard on the heels of the Zimbabwe Ladies Open Strokeplay competition, held recently which was also sponsored by NAC.

In Zimbabwe, over 6000 new cases of cancer are recorded each year, with cervical cancer alone accounting for 35% of all cancers.

Lack of community awareness has been identified as one of the major challenges facing the nation in fighting cancer, as 80% of cancer patients present late at stages 3 and 4, resulting in increased premature deaths.

Other challenges include inadequate resources for cancer programmes and limited service coverage, leaving people in outlying areas with limited or without services at all.