Australia-based Zimbabwe Women cricket star Anesu Mushangwe is set to make her return to the national team after a two-year absence.

The 25-year-old allrounder is set to feature in the Women’s T20 Regional Games scheduled for Thursday and Friday at FBC Old Hararians Sports Club.

The regional matches which come hard on the heels of the Women’s T20 Cup for local franchises, will be used as the basis for selection for Zimbabwe’s squad for the upcoming triangular series in Namibia.

Mushangwe is one of the players who will be looking to do well in the regional matches as she seeks to complete her comeback to the national fold.

Last month she was in South Australian Premier Cricket Competition’s Team of the Year after another impressive season.

The all-star team was selected based on nominations received by all First-Grade senior men’s and women’s coaches.

Mushangwe will be aiming to replicate the same form on her return to local cricket. Zimbabwe is also set to welcome South Africa-based Sharne Mayers, who was part of the squad for the aborted Women’s World Cup Qualifier last year.

The upcoming regional games and the subsequent Namibia tour also provide an opportunity for young players such as Olinda Chare, Mitchell Mavunga and Kellies Ndlovu who were impressive in domestic action this season.

Meanwhile the tri-series in Namibia forms part of Zimbabwe’s preparations for 2022 ICC Women’s T20 World Cup Qualifier to be held later this year.

The top two teams from the qualifier tournament will progress to the 2023 ICC Women’s T20 World Cup in South Africa.

Zimbabwe booked their spot at the global qualifier after winning the continental qualifiers held in Botswana last year. 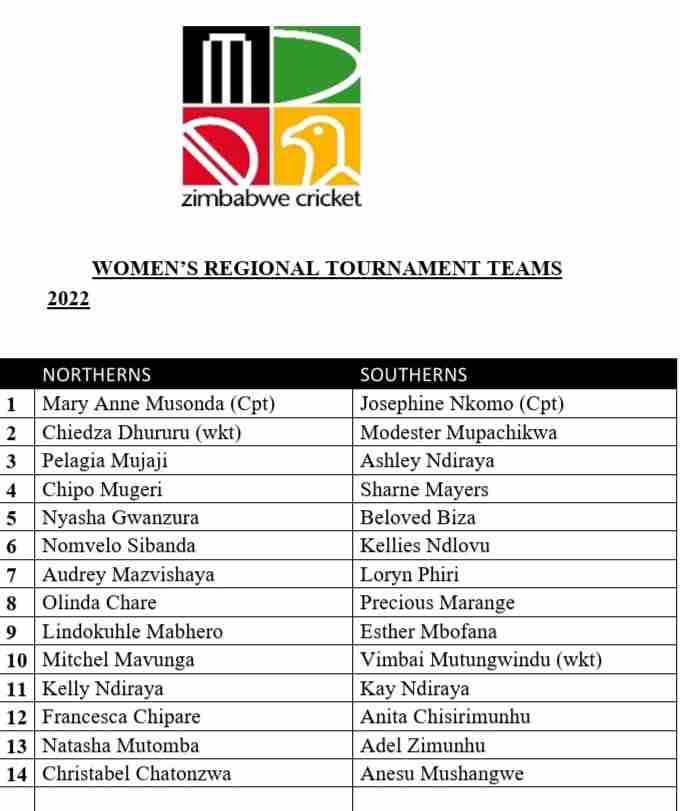