Muzambe, 26, completed a big move to top English side Exeter Chiefs Women from Scottish outfit Watsonians on September 16, making her the first Zimbabwean female rugby player to be signed by an English top-tier club.

It was yet another piece of history for Muzambe, who became the first black woman to represent Scotland in international rugby following her debut during a 2019 Women’s Six Nations Championship match against England at Twickenham.

Muzambe was born in Zimbabwe and grew up in Harare and Marondera. She moved to Scotland when she was 12 years old, attending St Augustine’s High School, and Edinburgh, where she played basketball.

It was not until she went to Edinburgh Napier University to study for a degree in sports science, that she took up rugby, learning the sport under the guidance of mentor and former Scottish international Sarah Quick, who would go on to become her mentor. 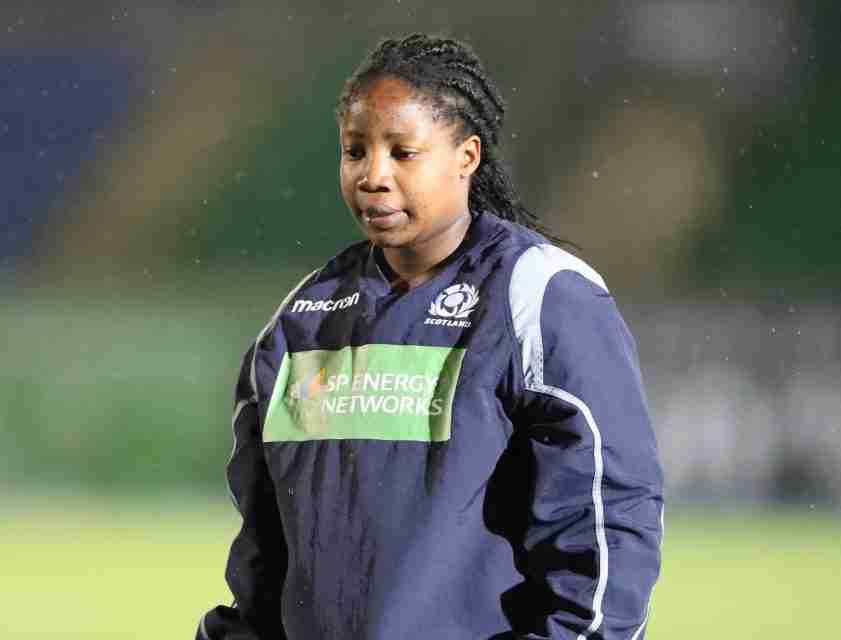 The hardworking tight head prop has since earned nine caps with the Scottish national women’s side and is among the first cadre of professional women players in the country.

Scottish Rugby has just invested an extra £2.5 million to develop the female game, which includes a commitment to a minimum of 30 contracted players following the World Cup in New Zealand later this year.

She said: “I’m very excited about it in terms of the opportunity it can offer me.

“But more importantly, the new women and girls strategy gives the chance for talented young girls up here and elsewhere in Scotland to make rugby their professional career.”

Scotland will begin their World Cup campaign against Wales on Sunday at Northland Event Centre, Whangarei ahead of more Pool A matches against Australia and reigning champions and hosts, New Zealand.

Despite her omission from the World Cup squad Muzambe will be eager to continue her development at Exeter Chiefs Women, who are looking to kick on again this year after a hugely successful first season in the Premier 15s, Exeter Chiefs Women.

Last season saw the side record 10 victories and a 6th place finish, with the goal now to push on towards the playoffs.

The side which is coached by Susie Appleby is made up of international players from the United States of America, Canada, Spain, Ireland, Scotland, Wales, South Africa and Japan, with those international players and local talent working in unison to provide consistently strong performances on the field.