Rising golf star Tafadzwa Nyamukondiwa had a once in a lifetime opportunity to get tips and advice from one of the world’s greatest golfers, South African Gary Player on the sidelines of the PGA WORKS Collegiate Championship which began on Monday in Philadelphia.

Nyamukondiwa met the legendary Player before teeing off in the prestigious competition which will run until Wednesday.

The gifted Zimbabwean golfer was accompanied my Zambian golfer Patrick Mwendapole of University of Arkansas-Pine Bluff.

After the meeting with Player, Nyamukondiwa went on to card a level par round of 72 to move into a tie for second position after the opening round of PGA WORKS Collegiate Championship.

Nyamukondiwa has been enjoying a breakthrough season at Drexel University.

After winning his maiden collegiate title at the Yale  Spring Invitational last weekend in New Haven, Connecticut, he was named the Colonial Athletic Association golfer of the week on April 16.

He followed that up with a third-place finish at the CAA championships on April 26.

This week he along with Drexel teammates Jeffrey Cunningham and Bank Apinyawuttikul will be seeking to put on a good show in the PGA Works Collegiate Championships on two courses, Union League Liberty Hill and The Union League Golf Club at Torresdale.

And he needs no better inspiration than meeting the celebrated golf legend Player on the sidelines of the competition. 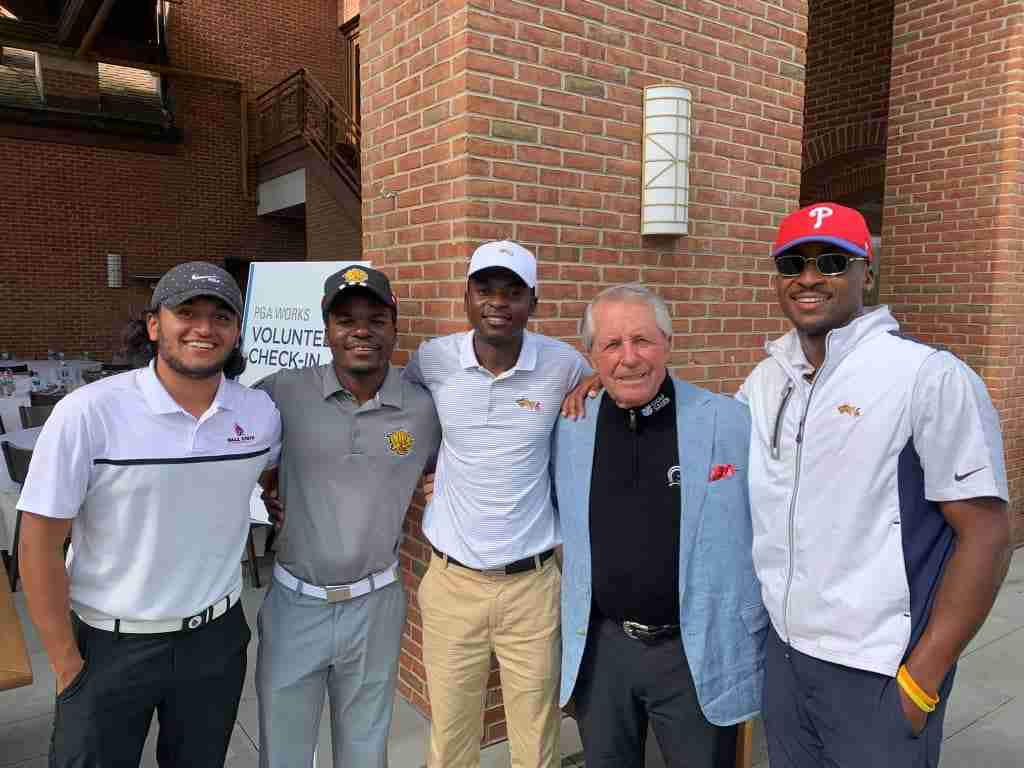 Player, 86, is known as one of the sport’s biggest global ambassadors and among the best ever to tee it up.

Known as the Black Knight, the nine-time major championship winner is credited with bringing an attention to fitness and diet to a sport where a round gut was long the norm. In fact, Player is also dubbed Mr. Fitness — something that is often on display on his Instagram account.

Among golf’s “Big Three” — the other two being legends Jack Nicklaus and Arnold Palmer — Player has amassed an unworldly 163 professional wins from around the world.

Player, who designed Liberty Hill, the venue of the PGA Works Championship told the participants before the first round: “Golf has allowed me to be with Presidents and people in poor villages. Golf is an education you can never explain.”