The 18-year-old former youth-team winger spent pre-season with the club after recovering from shoulder surgery, which delayed Rovers’ decision on offering him a professional deal.

Kuleya, who has been with Donny since the age of 14, said: “I’m delighted to be here. The gaffer’s been important on my journey as he has taught me a lot of things.

“It’s helpful having worked with him previously. I know his style of play and what his expectations are, which will help me slot straight in.”

The youngster made his full Rovers debut against Scunthorpe United in the Papa John’s Trophy in November and assisted Rodrigo Vilca’s opening goal in a 3-2 win. 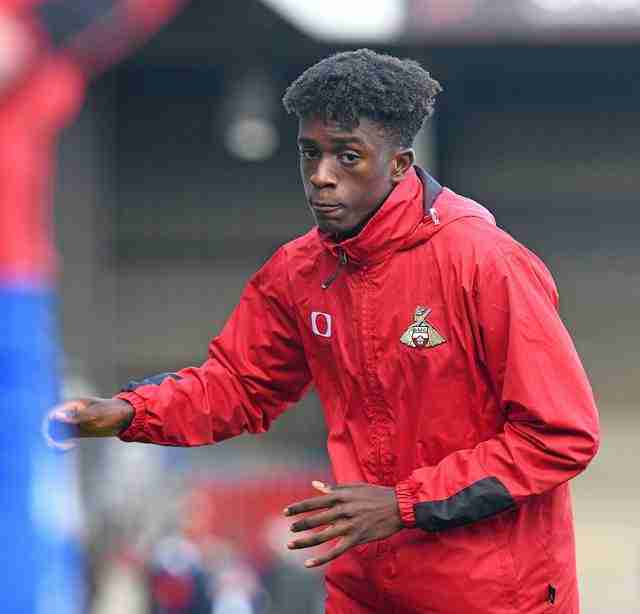 He also featured as a second-half substitute in the same competition against Crewe Alexandra in what proved to be Richie Wellens’ final game in charge.

Kuleya was unable to play matches for several weeks post-surgery to allow his shoulder to heal, meaning he missed several of the first-team pre-season fixtures.

Still, he turned out for Doncaster’s under-18 side in friendlies against Wakefield and Thorne – and is expected to feature against Gainsborough Trinity on Tuesday.

Rovers’ boss Gary McSheffrey managed Kuleya in the youth academy and said: “He’s put a lot of hard work in to get into the position he’s in now, he’s come in during pre-season and really impressed.

“We’ve managed to get him minutes and he’s looked good in those, so we’re pleased to have him signed here.”

Kuleya was born in England to Zimbabwean parents which makes him eligible to feature for the Warriors in the future.