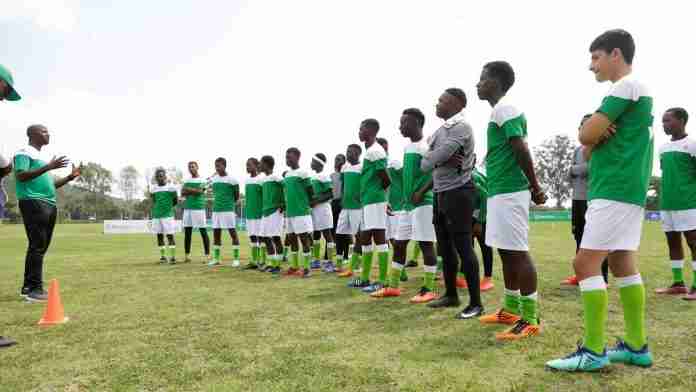 Harare – Thousands of kilometers away from Spain, talented youngsters follow their dreams of becoming soccer players at Real Betis’ academy in the Zimbabwean capital, Harare.

The academy, located in the upmarket Borrowdale Brooke neighborhood of the city, has recently resumed activity after months-long closure due to the curbs imposed by the government to tackle the coronavirus pandemic in the African country.

The aim is to improve youth soccer in Africa, the region and Zimbabwe, chairman of the academy, Gerald Sibanda, a former international rugby player, told Efe.

It is Real Betis’ first academy in southern Africa, part of an international strategy that includes another center in Algeria, and projects in China, Mexico, Morocco, Iraq and the United States.

The academy not only provides a training camp, but a place to dream of one day playing at the Betis stadium, Benito Villamarín, in the Spanish city of Seville.

One of these children is Hussein Ezzeddine, who moved from Beirut with his family when he was two years old. The 15-year-old enrolled at the academy and has set his sights on becoming a professional.

Another is Tapuwa Chakuchichi, 17, who told Efe he sees himself playing with the Zimbabwe national team and one of Europe’s top five divisions within the next five years.