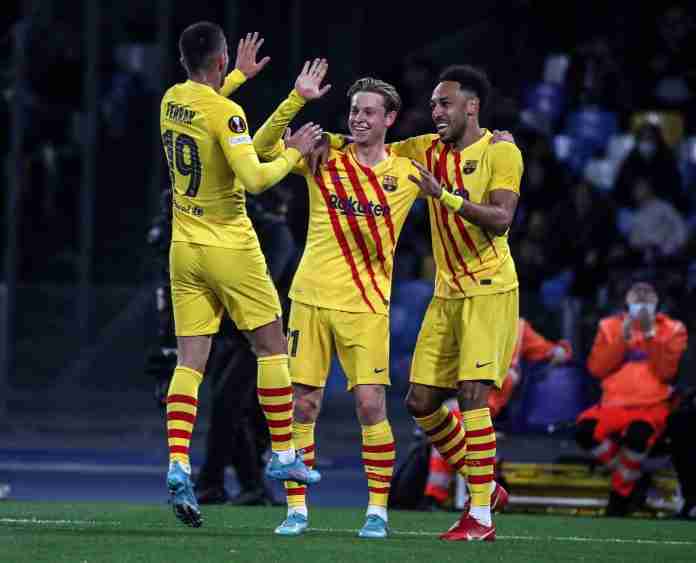 Madrid — Pierre-Emerick Aubameyang scored twice as a rejuvenated Barcelona gave a football masterclass to inflict a humiliating 4-0 defeat on rivals Real Madrid on Sunday, thrashing Carlo Ancelotti’s LaLiga leaders on their own ground.

A sold-out Santiago Bernabeu stadium watched silently as a much-improved Barca under the command of new coach Xavi Hernandez dominated ‘El Clasico’ from the start.

With Ousmane Dembele and Ferran Torres exposing Real’s defensive frailty on the flanks, Barca opened the scoring in the 29th minute with an Aubameyang header from a Dembele cross.

Barca kept up the tempo against a disorganized and lifeless Real Madrid and extended their lead when defender Ronald Araujo, headed in from a Dembele corner.

Ancelotti tried to change the dynamic, making two substitutions during the break but Barca scored in the first minute of the second half with an angled shot from Torres after a backheel by Aubameyang.

No respite for Real Madrid 😶

Barcelona are 4-0 in the Bernabeu. Aubameyang has scored twice in the match.