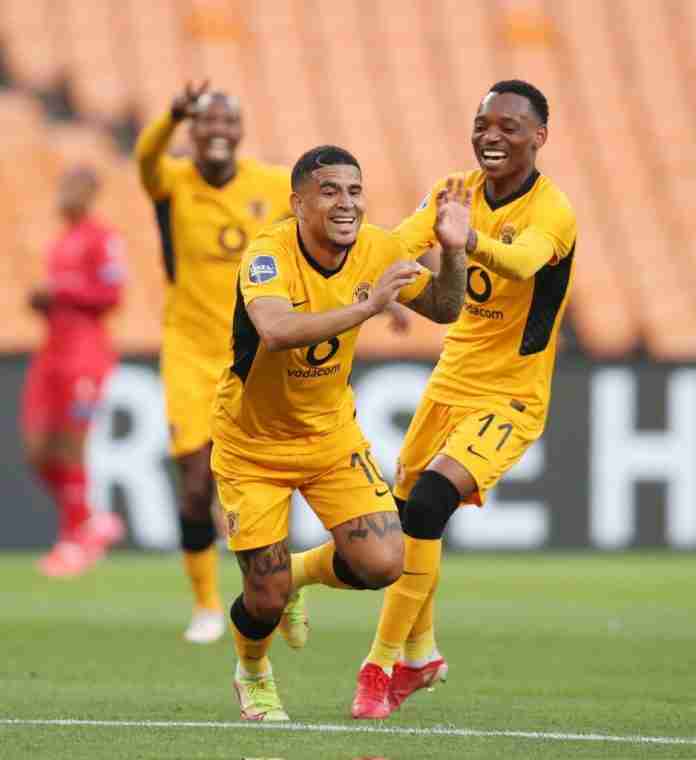 Dolly has registered seven goals so far this season including a delicious free-kick against Chippa United on Saturday.

That set-piece routine saw Billiat and Dolly combining to devastating effect in what will be a contender for the goal of the month.

The quality of this free-kick 👌

The Bafana Bafana international also has four assists to go alongside his seven strikes.

Billiat sits one behind Dolly with six goals in the league this season but has provided a remarkable eight assists.

The Zimbabwean provided two assists including for Samir Nurkovic’s opener against Chippa.

In a move initiated by Brandon Petersen from the back with a long-range pass to Bernard Parker, Billiat then intercepted the ball on the right channel before then setting up the Serbian for his first goal of the season.

The second goal in that match came after Billiat was fouled just outside the box by Roscoe Pietersen as he penetrated his way towards the penalty box.

He had a hand in the free-kick converted by Dolly with his touch setting up his partner.

Billiat has totalled 14 goal contributions in 19 appearances this term proving how influential he is when not injured and having an intelligent partner up front has been the case with Dolly this season.

With a third of the season to play and Chiefs chasing a Champions League position finish, only seven of the 27 goals have not involved either an assist or goal from Dolly and Billiat.

The two players are amongst the top earners at the club with packages of over R8 million a year each.

The rest of the top earners at Chiefs has Leonardo Castro, Bernard Parker and Itumeleng Khune.

Dolly is in his first season at Chiefs following his return home from French club Montpellier while Billiat is into his fourth season since joining from Mamelodi Sundowns.