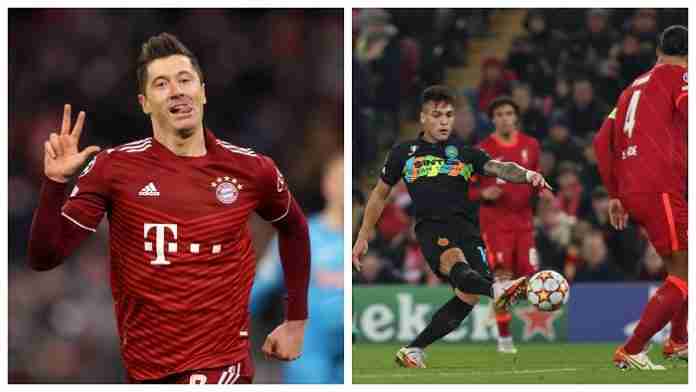 Liverpool stuttered into the quarter-finals of the Champions League with a 2-1 aggregate win over Inter Milan after suffering a 1-0 loss to the Italian side, who were reduced to 10 men, at Anfield on Tuesday. Bayern Munich cruised through to the last eight spot, crushing Salzburg 7-1.

After a cagey first half in the Liverpool vs Inter Milan match, a superb drive into the top corner from Lautaro Martinez in the 62nd minute put Inter ahead on the night.

But just when they looked capable of springing a surprise, the visitors found themselves down a man after Alexis Sanchez was dismissed for a second yellow card after catching Liverpool midfielder Fabinho.

Who impressed you? 🤔#UCL

It was a harsh decision against Sanchez, who had won the ball but caught the Brazilian with his follow through and Inter’s bench furiously protested.

Although the defeat ended Liverpool’s seven-match winning run in the Champions League they achieved their goal of reaching the last eight for the fourth time in the last five seasons.

“The art of football is to lose the right games. I still hate it, but if there’s any game we could afford to lose it was tonight,” said Liverpool’s manager Jurgen Klopp.

“Over the two games I think we deserved it. It is fair that we are through against a tough opponent”.

Bayern Munich’s Robert Lewandowski grabbed the earliest hat-trick in Champions League history with three goals by the 23rd minute as the Germans steamrollered Salzburg 7-1 on Tuesday to book a place in the quarter-finals with an 8-2 aggregate score.

The 33-year-old Polish striker scored three times in an 11-minute spell as he opened his account with two almost identical penalties in the 12th and 21st before netting on the break two minutes later for his fifth hat-trick ever in the competition.

The last-16 tie was already all but over by the half-hour mark when Serge Gnabry beat beleaguered Salzburg goalkeeper Philipp Koehn with a low shot to make it 4-0 before a Thomas Mueller double and Leroy Sane strike in the second half wrapped up the win.

Bayern, who have been unpredictable in the Bundesliga this year, have now scored seven or more goals in a Champions League game for a record seventh time.

“This was a statement, an exclamation mark,” said Bayern keeper Manuel Neuer.

The keeper also set a record with his 104th appearance in the competition, overtaking current club CEO Oliver Kahn as the Bayern keeper with the most games in the Champions League.