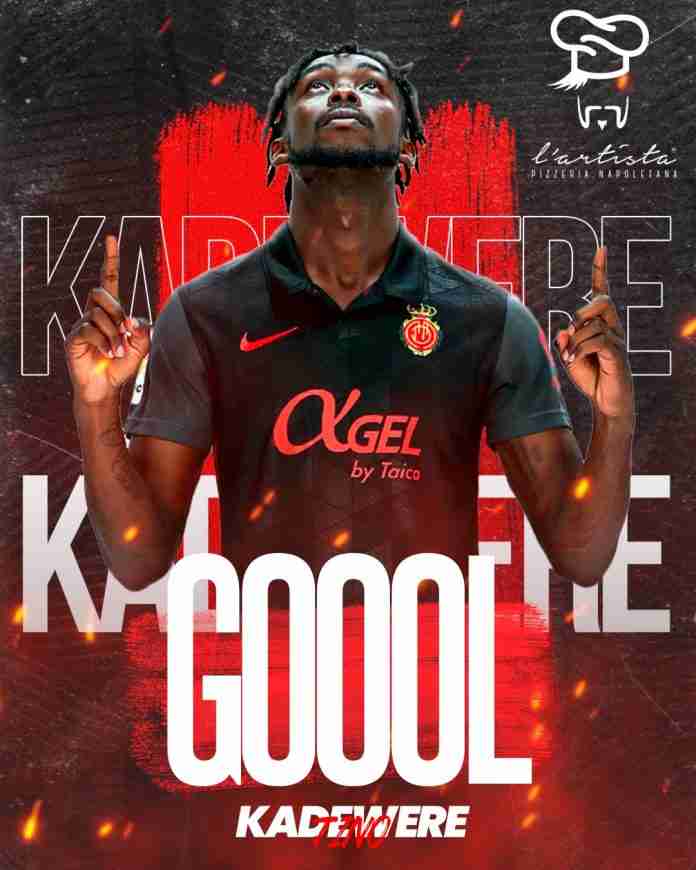 Warriors striker Tino Kadewere got his Real Mallorca career off to a dream start after scoring on his debut for the Spanish club on Saturday.

After enduring a long wait before making his debut at his new club due to injury, the 26-year-old Zimbabwean striker was on target in Mallorca’s 6-0 win over lower tier side CD Autol in a Copa Del Rey encounter at the Estadio La Planilla.

Kadewere came on as a second half substitute before netting the team’s sixth goal in the 88th minute.

The goal sealed a dominant victory which sent Mallorca into the second round of the knockout tournament.

Kadewere had to endure a three month wait before making his first appearance at Mallorca following his switch to the Spanish top flight side from French club Lyon on a season-long loan deal.

The Warriors international was supposed to make his debut in early September but a muscle injury kept him out for several weeks.

He returned to action earlier in the month but was an unused substitute in Mallorca’s last two La Liga matches.