Zimbabwe cricket team star Sikandar Raza will be one of the major potential picks when the 2023 Pakistan Super League (PSL) player draft takes place on December 15.

This year’s PSL will be staged in Karachi ahead of the eighth season of the tournament scheduled to run from February 9 to March 19, 2023.

Raza is one of over 493 players from around the world who have expressed their availability and interest in the T20 league.

Ahead of the PSL player draft, Raza has been included in the diamond category alongside other high-profile players such as Angelo Mathews, Bjorn Fortuin, Brandon King, Cameron Delport, Carlos Brathwaite, Janneman Malan, Jason Roy and Tamim Iqbal among others.

The 36-year-old allrounder has been in demand by T20 franchises around the world after his brilliant form in the T20 World Cup 2022, although Zimbabwe failed to advance to the semis of the tournament. In eight matches, he scored 219 runs and picked up 10 wickets. 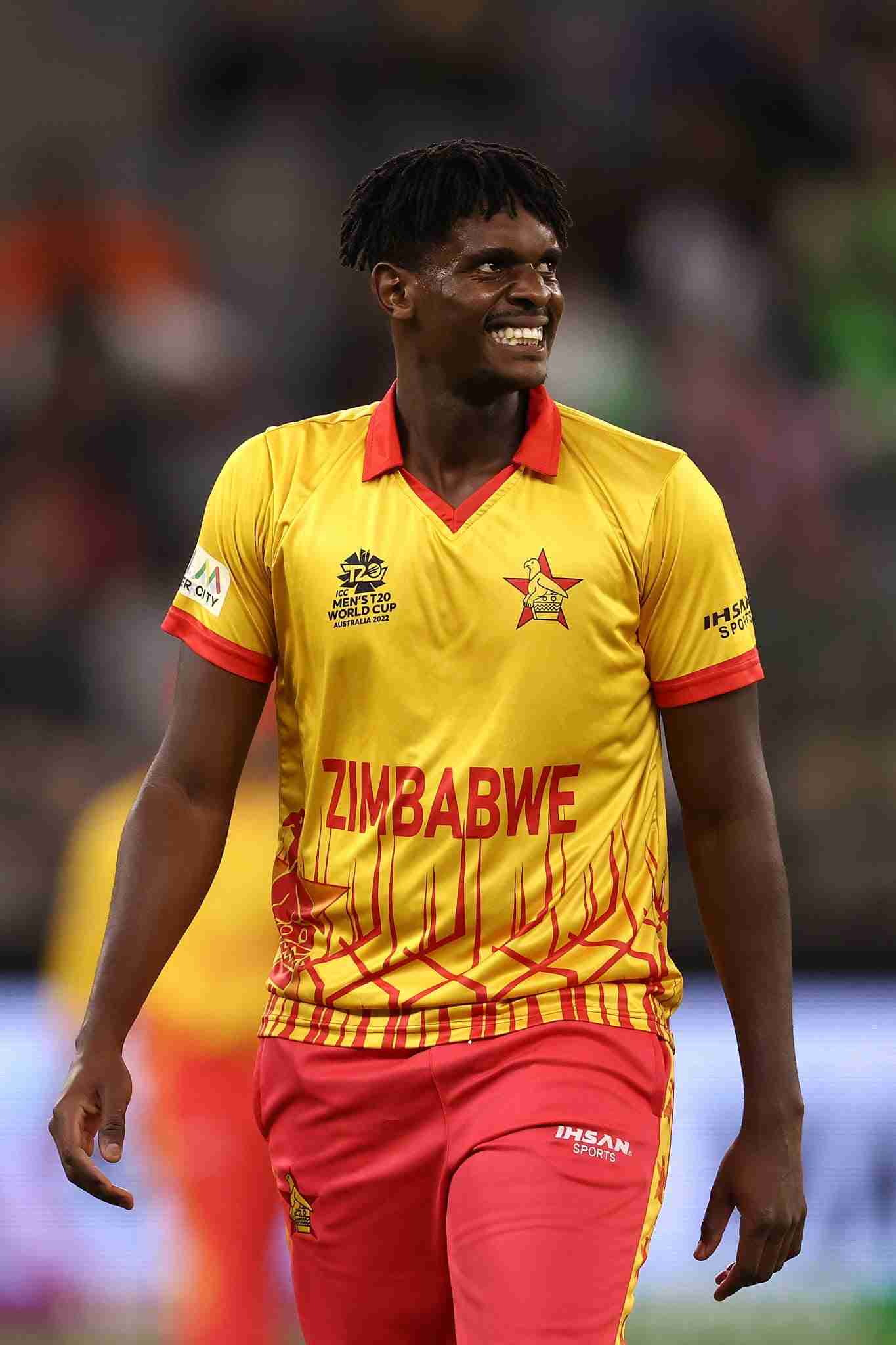 PERTH, AUSTRALIA – OCTOBER 27: Richard Ngarava of Zimbabwe looks on during the ICC Men’s T20 World Cup match between Pakistan and Zimbabwe at Perth Stadium on October 27, 2022 in Perth, Australia. (Photo by Paul Kane/Getty Images)Raza picked up three wickets for 25 runs in that game. Raza also broke the former Indian skipper Virat Kohli’s record of most T20I Player of the Match awards in a calendar year.

Raza is one of three Zimbabwean cricketers who will feature in the PSL player draft alongside Richard Ngarava and Ryan Burl, who are in the silver category of the draft.

In the silver category, Burl and Ngarava will be joined by another Zimbabwe-born player, Eddie Byrom who also made the draft.

Fast bowler Blessing Muzarabani is not part of the upcoming player draft as he is likely to be retained by the Multan Sultans where he won the PSL title last season.