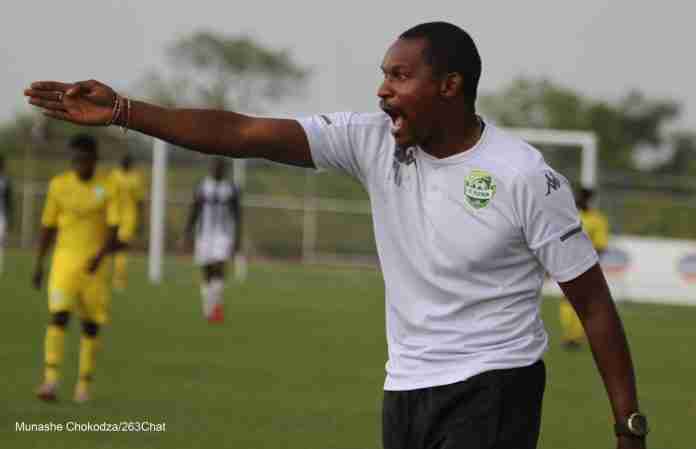 Defending champions FC Platinum got their title defence on track after they moved into second on the log following a narrow 1-0 win away against Cranborne Bullets at Sakubva Stadium on Saturday.

Forward Donald Teguru grabbed the all-important goal as the 10-man platinum miners finished the first half of the season on a high and moved within a point of the log leaders Chicken Inn.

It was a fourth consecutive win for the in-form Zvishavane-based side who have struggled for consistency in the league until now.

At 31, FC Platinum now have the same number of points as Harare giants Dynamos but enjoy a superior goal difference although they have played one game more.

Dynamos will be in action on Sunday as they take on city rivals Caps United.

Coach Norman Mapeza was happy with the result.

“We did well in the first half and in the second half, the opponents were coming at us. But the most important thing is how we managed the game to get the result. We are not really looking at the log, this is a new team and it’s still work in progress but I am happy we are grinding out results,” he added.

FC Platinum did not take time to find the opener against trick opponents.

Walter Musona flighted a cross which deflected off a Bullets defender and fell graciously on an alert Teguru who came up with a composed finish.

It was a frantic last 27 minutes for FC Platinum after Kelvin Mangiza was sent off by referee Pedzisai Chadya for a second bookable offence.

Bullets coach Nesbert Saruchera felt FC Platinum’s should have been disallowed for offside.

“I am happy with the performance of my boys. They fought very hard. We outclassed them; you saw it but we couldn’t manage to score. But I am disappointed with the goal they scored; it was from a clear offside position. But we are now looking to the next match and we hope to get the results we don’t want to go to division one,” he said.

In Bulawayo, there was drama after Black Rhinos reportedly fielded an ineligible player in midfielder Joe Nyabinde in a drab goalless draw against Bulawayo City.

The draw saw Rhinos put together a seven-match unbeaten run and move to sixth place ahead of Sunday’s matches.

According to communication they received from the PSL is that the said player was suspended for the game yet Rhinos fielded him.

At the National Sports Stadium, Herentals played a goalless draw with ZPC Kariba. 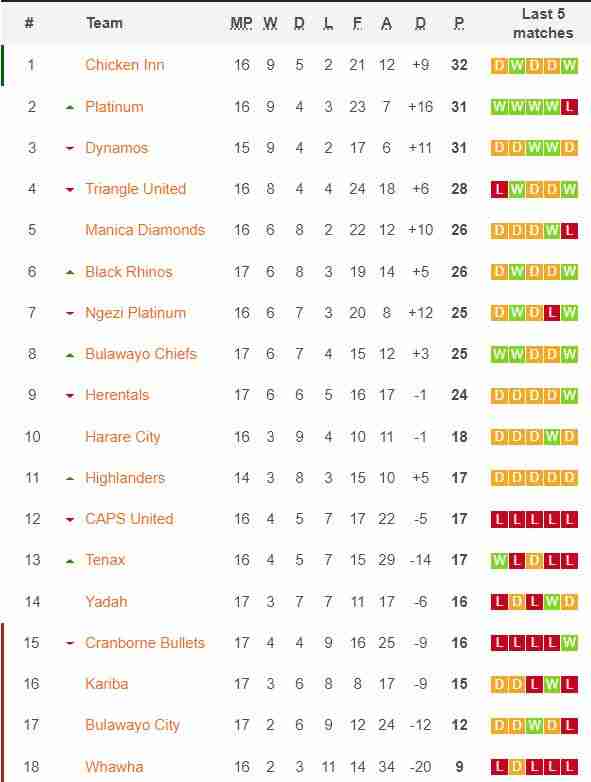