In what is arguably one of the most anticipated fixtures on the Zimbabwean schoolboy calendar, St Georges were desperate to bounce back to winning ways after losing their last three matches while St John’s were aiming to complete a double over their opponents after winning the reverse fixture.

St John’s College got the opening try of the match in the 13th minute through flyhalf Andrew Robinson, who successfully converted from under the posts to give the Rams a 7-0 lead.

The hosts took advantage of the let-off as fullback Stefan Kruger ran in a brilliant try five minutes before halftime before Robinson added the extras to stretch the lead to 14-0 before the break.

Robinson kept the scoreboard ticking for the hosts with another successful kick at goal from range barely five minutes in the second half as the Dragons appeared on course for a heavy defeat. 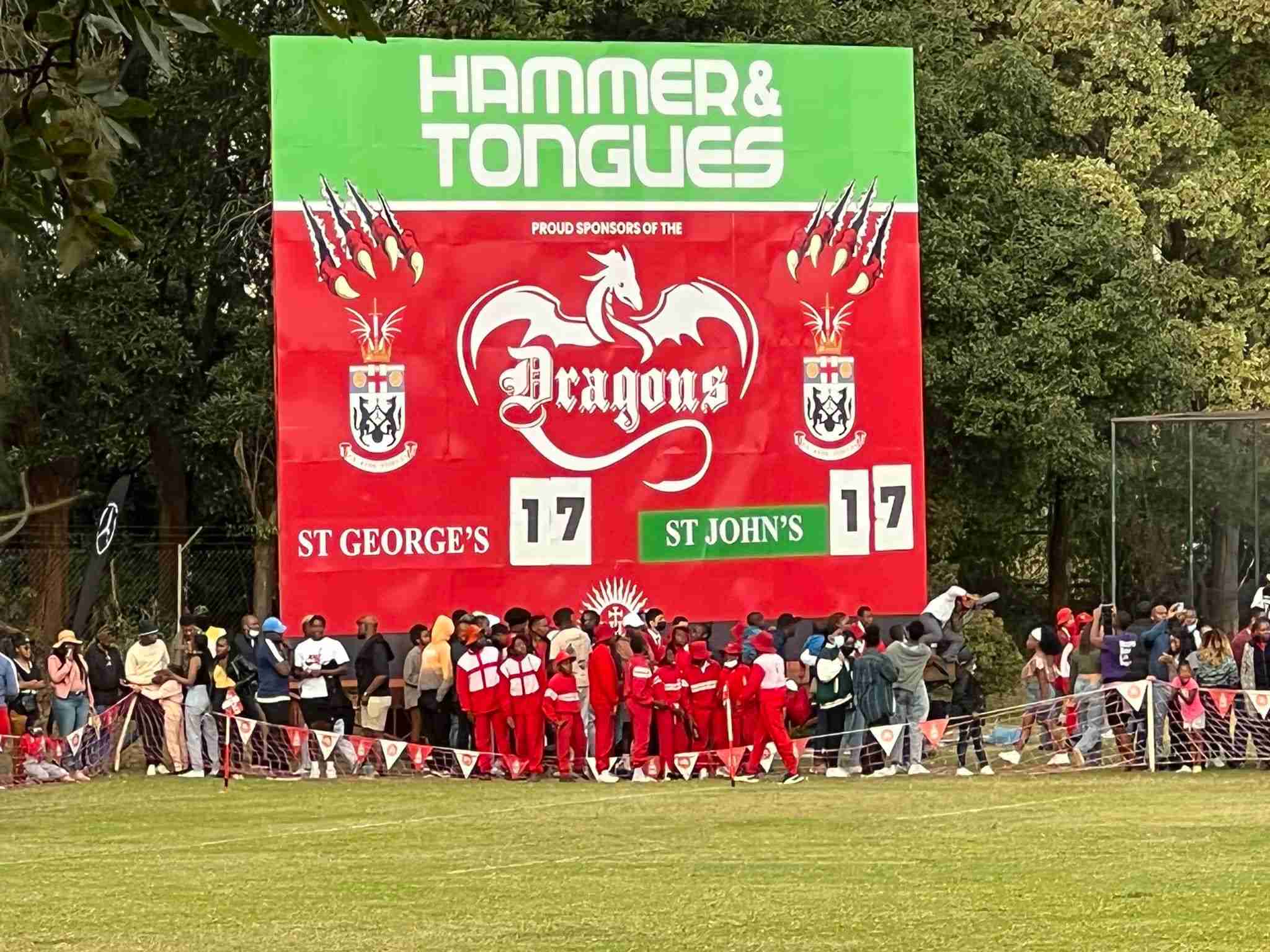 While it was all St Johns in the opening half and the early stages of the second half, the Dragons finally came to score a brilliant team try life in the 54th minute before Mudzwiti missed the conversion to take the score to 17-5 in favour of the visitors.

St George’s College kept pilling the pressure as openside flank Garande broke through two tackles before scoring another try just after the hour mark which was converted by Mudzwiti to set up a nervy finish.

The comeback was completed right at the death when Tinotenda Matimbira finished off another breakaway try right in the corner. Mudzwiti had an opportunity to seal the win but his kick from a difficult angle fell just short of the posts as the two teams settled for a stalemate in a thrilling encounter