The Zimbabwe men’s polo team are basking in glory after they were crowned the winners of the Titan Law International Match with victory over neighbours Zambia in an entertaining battle of the Zambezi at Thornpark Polo Grounds along the Mazowe Road on Sunday.

In an action-packed two-day competition which marked the return of international polo in the country since the Covid-19 pandemic, the Zimbabwe team finished on top, beating neighbours Zambia 14-13.5.

The hosts, who are sponsored by Titan Law, were represented in the high profile tournament by the quartet of Barry Browne, Chris Aitchison, Richard Brown and David Meikle, who was the team captain.

Polo Association of Zimbabwe (Paz) chairperson Jonathan Passaportis said they were impressed by the high level of competition and exceptional horsemanship amongst competing players from the two teams.

“To be absolutely honest, the Titan Law International Match exceeded our expectations on a number of fronts. We knew we had a good strong team, relatively inexperienced in a few of the members there but in the end they did phenomenally well,” Passaportis told the Independent in an interview yesterday.

“David Meikle captained the team beautifully, he obviously has the experience and it showed. At the back we had Chris Aitchison, an experienced player who has played a number of years and he was very solid.

“He had a great game and the two new players Richard Brown and Barry Browne played fantastic polo considering that it was Barry’s first time representing Zimbabwe and he was outstanding.

“So generally we were happy, the Zambian side was a lot stronger than we had anticipated and Zimbabwe came out with their heads held high.

“We witnessed a great level of horsemanship and what impressed us more as the PAZ was the level of sportsmanship.”

Passaportis reserved special praise for their sponsors Titan Law, for their continued support for the sport which he said has brought class and elegance back to Zimbabwean polo events. 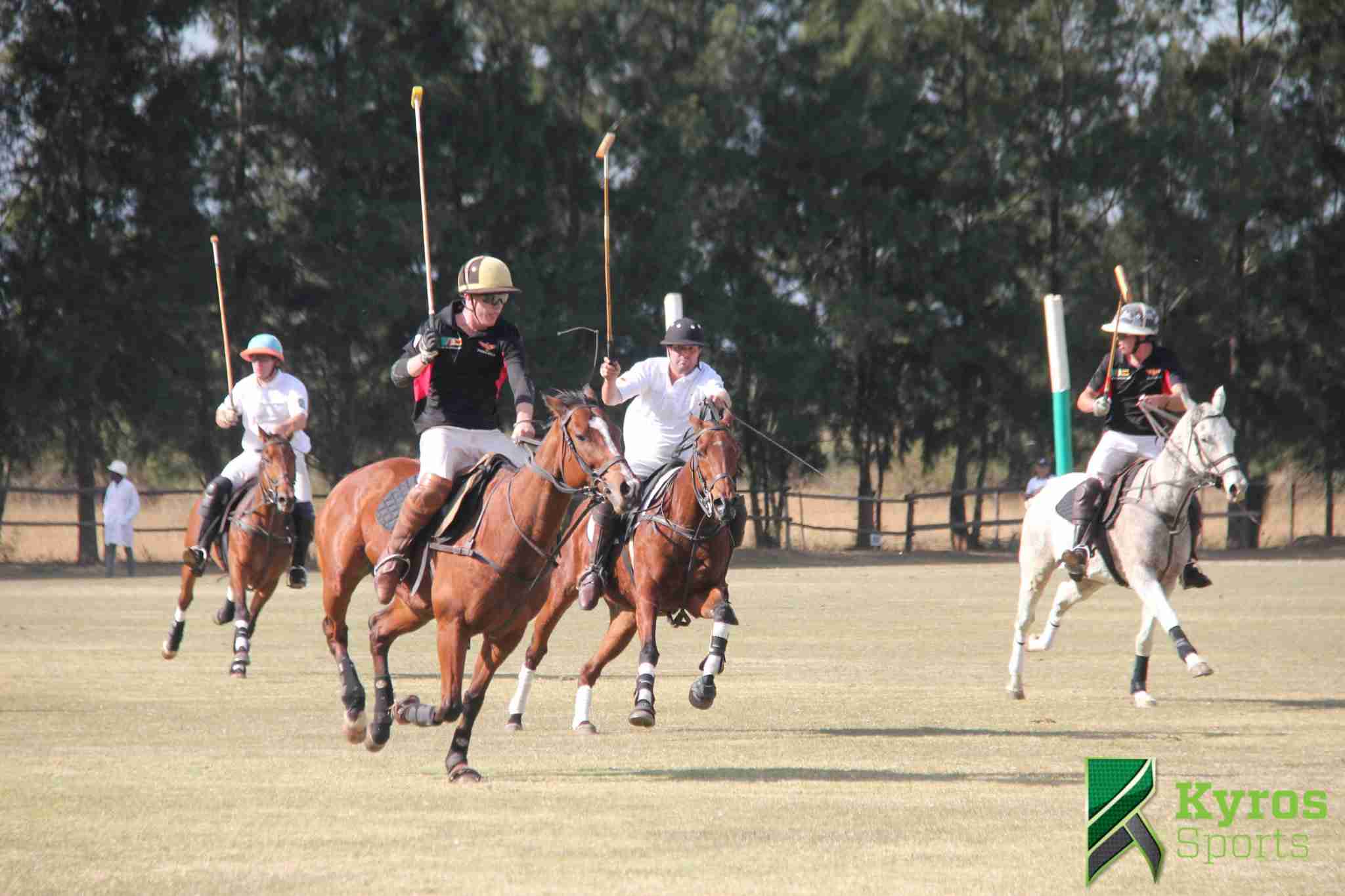 “Titan Law are the most amazing sponsors to be involved with. They come through every time and they have managed to change the face of our polo events by bringing class and elegance. It was an incredibly classy event, the spectators were knowledgeable and it was lovely.”

The visiting Zambian team did not need much time to settle despite playing on borrowed horses as they got off to a good start in the first chukka, where they took a 4.5 to 0 lead.

Zimbabwe organised themselves, came back and took the lead 11-5,5 then went to sleep in the middle giving away several penalties which Zambia converted. However in the end the hosts held on to secure a 14-13,5.

The Titan Law Zimbabwe polo team’s success against Zambia comes hard on the heels of a successful trip to South Africa where they took part in the Cell C Inanda Africa Cup in Sandton, where they emerged as the Plate Winners.

After last week’s Titan Law International, the PAZ will now turn their attention to the Senior Open scheduled for August 21 at Thornpark Polo Grounds.

This year’s edition of the Senior Open, which is the flagship event of local polo, will run under the theme “A Midsummer Night’s Dream”.