Zimbabwe will open their ICC Women’s T20 World Cup Qualifier campaign against minnows Papua New Guinea on September 18 after the schedule for the eight-team tournament was released on Wednesday.

Bangladesh and Thailand, who played in the T20 World Cup in Australia in 2020 and qualified for this tournament on that basis, are the two leading teams in the ICC Women’s T20I Team Rankings and are drawn in different groups.

The top two teams from each group will make the semi-finals and both finalists will book their places in the T20 World Cup, where Australia, England, India, New Zealand, Pakistan, Sri Lanka, West Indies and hosts South Africa await.

Zimbabwe have been drawn in Group B alongside the hosts UAE, Thailand and Papua New Guinea.

The Lady Chevrons will play Papua New Guinea at the adjacent Tolerance Oval on the opening day while hosts UAE will take on Thailand at the adjacent Zayed Cricket Stadium on the same day.

The matches at the Tolerance Oval will be the first full internationals at the ground since it was given ICC accreditation, while the Zayed Cricket Stadium will host the final as well as both semi-finals.

“This T20 World Cup Qualifier is going to be a fantastic event with eight closely matched teams competing for just two places at the ICC Women’s T20 World Cup in South Africa next year,” ICC Head of Events Chris Tetley said. “The level of competitiveness in the women’s game has increased significantly over the last four years and with every ICC region represented in Abu Dhabi it will be a tough fought event.”

“The hosting of the ICC Women’s T20 World Cup Qualifiers will once again inspire our sport’s community and showcase just how brilliant elite women’s sport is.

“Our thanks to the ICC and the ECB for their confidence in Abu Dhabi. Partnering with global rights holders is one of our key objectives and our hosting of the ICC Women’s T20 World Cup Qualifier further demonstrates our commitment to bringing major sporting events to Abu Dhabi Cricket & Sports Hub.”

Meanwhile, the Zimbabwe team is currently on a tour of South Africa where they are taking part in a fine-tuning series against the South Africa Emerging squad ahead of their departure for UAE.

The Lady Chevrons took a 2-1 series lead in the five-match series after winning the third T20 encounter by eight wickets at the University of Pretoria. 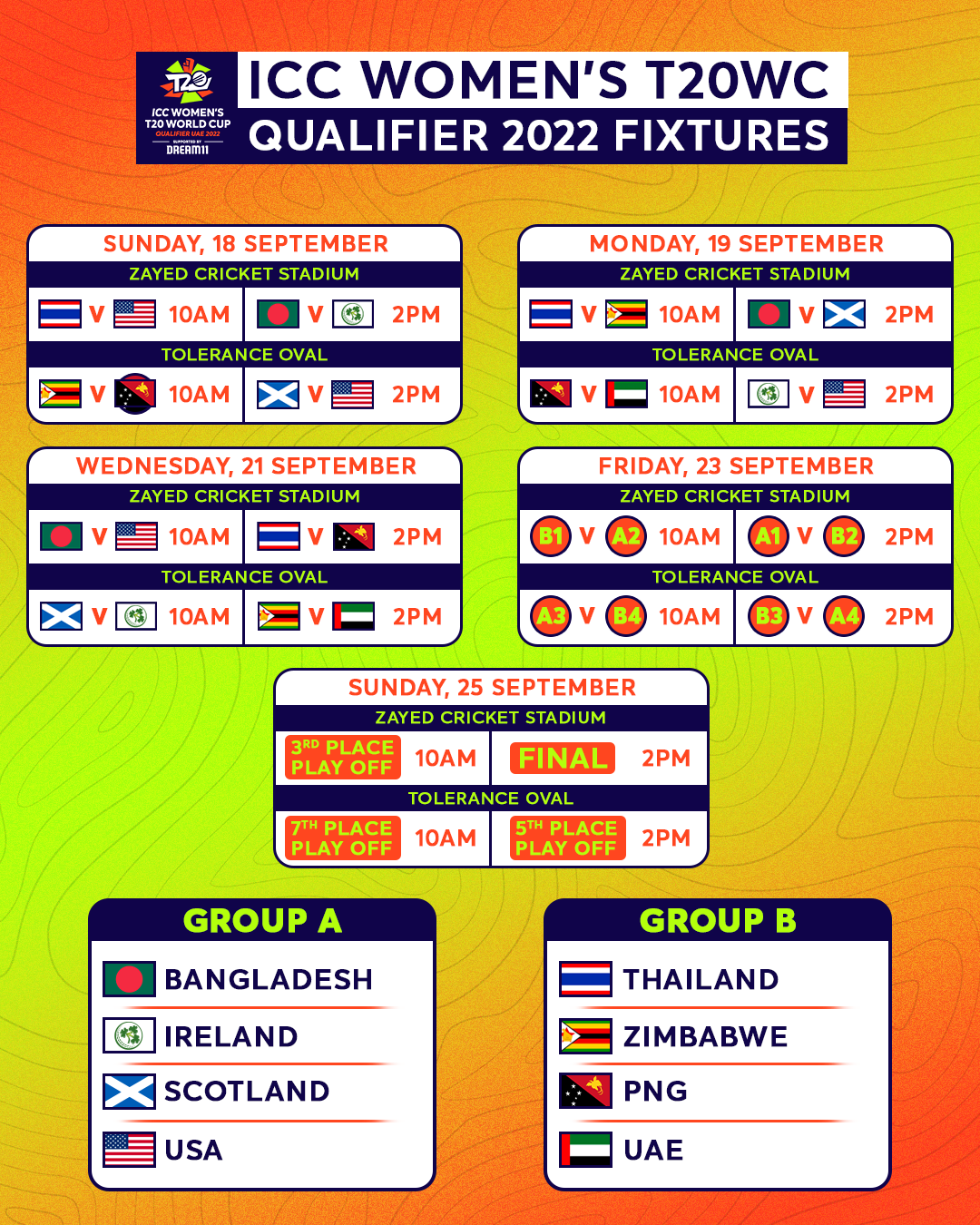