Dynamos put on a solid performance to end FC Platinum’s seven-match winning streak after holding the defending champions to a goalless draw in a Castle Lager Premier Soccer League encounter at the National Sports Stadium on Sunday.

FC Platinum went into the match seeking to register their eighth consecutive match in an impressive run which started on May 5 when they thumped Caps United 3-0 at Mandava.

In fact, the Norman Mapeza-coached side last dropped points in the league on April 30 when they lost 1-0 against Herentals at the National Sports Stadium.

Given the background, a draw would appear to be a good result for Dynamos but the Harare giants are now without a win in their last four matches.

The result means FC Platinum’s lead at the top of the log standings is now just three points after second-placed Chicken Inn took advantage of the platinum miners’ slipup thanks to a 3-1 victory over Bulawayo Chiefs.

After a goalless opening half, Chicken Inn opened the scoring in the 68th minute through Brett Amidu before Malvin Whata doubled the lead just a few minutes after.

Bulawayo Chiefs gave themselves some hope of a comeback when Obriel Chirinda scored four minutes before full time.

However, Chicken Inn’s victory was made certain when former Young Warriors midfielder Munashe Pini scored the third goal which sealed victory for the Gamecocks.

In the other Premier Soccer League match plated on Sunday, Black Rhinos played to a 1-1 draw against Yada hat Vengere Stadium. 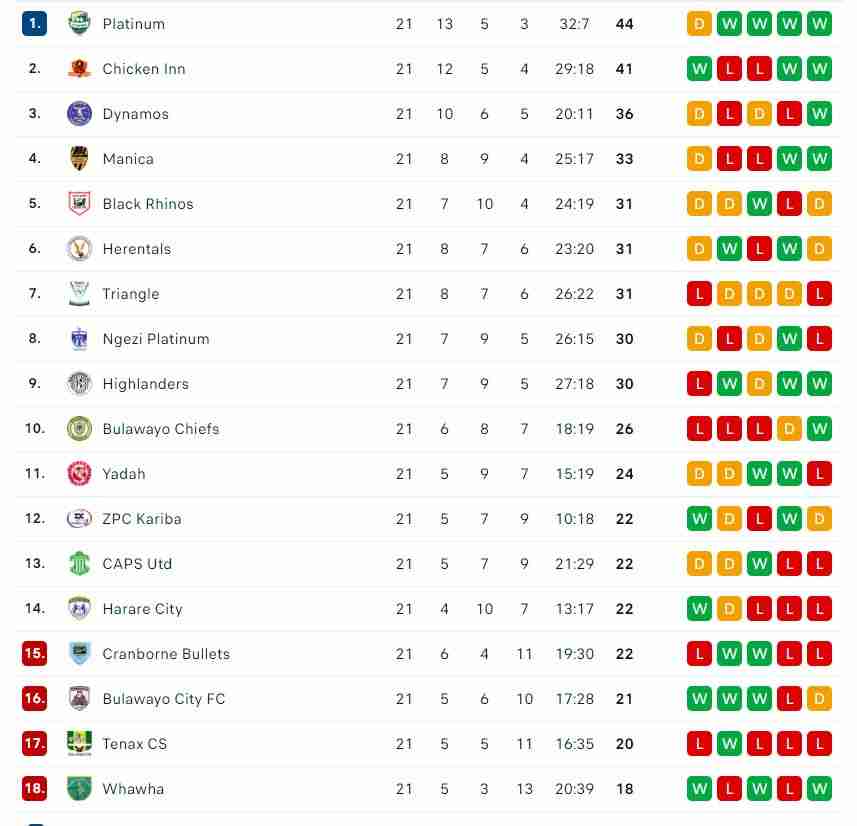