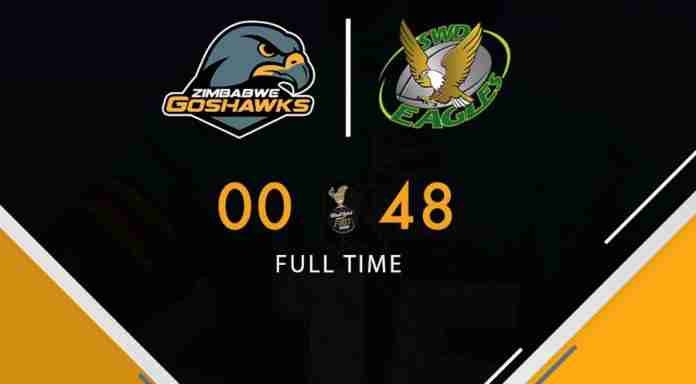 The South Western District Eagles dispatched the Zimbabwe Goshawks 48-0 (halftime 19-0) after a superb performance in their Carling Currie Cup first division clash at Outeniqua Park in George on Friday afternoon.

It was the Eagles’ fifth win in seven games and keeps them in the hunt for the competition playoffs, while it was a disappointing performance from their international opposition that suffered their fourth loss.

It was a slow start to the match, but the Eagles finally burst to life with two tries in three minutes as right wing Andre Manuel and flank Mitch Carstens went over, with flyhalf Gene Willemse slotting both conversions for a 14-0 lead after 21 minutes.

Hooker Gihard Visagie then crashed over for an unconverted try a minute before the break to give the Eagles a solid lead at halftime.

The home side got off to a flying start in the second half as fullback Rosco Syster and Carstens, with his second, went over for unconverted scores as they moved into a 29-0 lead after 43 minutes.

Syster went over for his second in the 61st minute, converted by Willemse as they moved 36-0 up.

Two more tries in the final 10 minutes, to replacements Deon Carstens and Stephan Leonard, with one converted by Willemse, added the icing to the cake as the Eagles notched a big win.