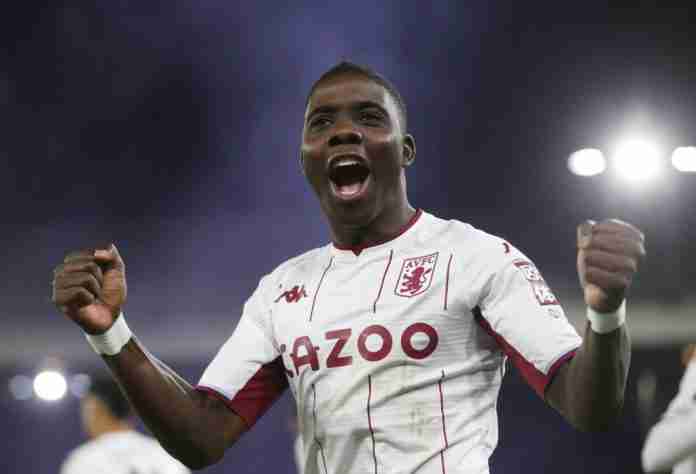 Zimbabwe international midfielder Marvelous Nakamba has enhanced his status as one of the form players in the English Premier League at the moment after he was voted Aston Villa’s November Player of the Month by the club’s supporters.

In a statement on their official website Aston Villa said Nakamba was a worthy recipient of the accolade, his first since joining the ambitious Premier League team from Belgian side Club Brugge in August, 2019.

Thank you for everyone who voted for me #UTV 💜 https://t.co/0gNPXrCwIw

“Aston Villa supporters have voted Marvelous Nakamba as the club’s November Player of the Month, in partnership with Cazoo. The midfielder put in hugely impressive displays as he started all three matches last month against Southampton, Brighton & Hove Albion and Crystal Palace,” Villa said.

“Zimbabwe international Nakamba played every minute under head coach Steven Gerrard in the wins against both the Seagulls and Eagles, collecting the club’s man of the match award for his performance in the 2-1 triumph at Selhurst Park. The club’s Player of the Month poll, in association with our principal partner Cazoo, attracted almost 8,000 votes from Villa fans,” the Premier League club said.

Nakamba received 36% of the votes finishing well ahead of fellow midfielder John McGinn who got 24% of the votes while striker Ollie Watkins was on 12%.

The Hwange-born player, who was outstanding again in Villa’s 1-2 defeat to Manchester City in midweek will be hoping to continue his good run of form when the Birmingham-based side host Leicester City at Villa Park on Sunday.