Teenage golf starlet Keegan Shutt has been confirmed as the country’s representative at this year’s edition of the prestigious R&A Junior Open Championship.

The biennial precursor to the year’s third major, The Open, the R&A Junior Open attracts the world’s top junior golfers.

The confirmation of Shutt’s participation in the R&A Junior Open Championship comes barely a few days after he clinched the biggest win on the local amateur golf circuit at the Harare Amateur Championship at Police Golf Club last weekend.

He finished four strokes ahead of his Chapman Golf Club mate Rasheed Mohammed who carded scores for 76, 71, 78 and 72 to finish second on a total of 297.

“I’m very happy for Keegan, for a young man of just 15 years-old he played with maturity beyond his years throughout the three days,” Chikwana said in an interview with Zim Sport Live.

“I think the cherry on the top is that he is now being ranked on the World Amateur Golf Ranking and as he continues to play and improve his position will also improve. I’m also happy to announce that Keegan will be representing Zimbabwe at the Junior Open in Scotland. We have successfully submitted his entry and they have accepted it. So that’s another important event that Keegan is going to be partaking in and hopefully it goes a long way in building his career,” Chikwana said.

The R&A Junior Open Championship came under The R&A’s administrative umbrella in 2000, having been founded in 1994. The biennial event, to which all golfing nations affiliated to The R&A are invited to enter their best under-16 boy and girl golfers, is closely linked to The Open and is always played on a nearby course.

This year’s edition of the tournament is being staged at Monifieth Golf Links in Scotland from July 11-13.

The venue of the elite junior tourney is just which is just down the road from the Old Course at St Andrews, where the third major of the season will be played from July 14 to 17. 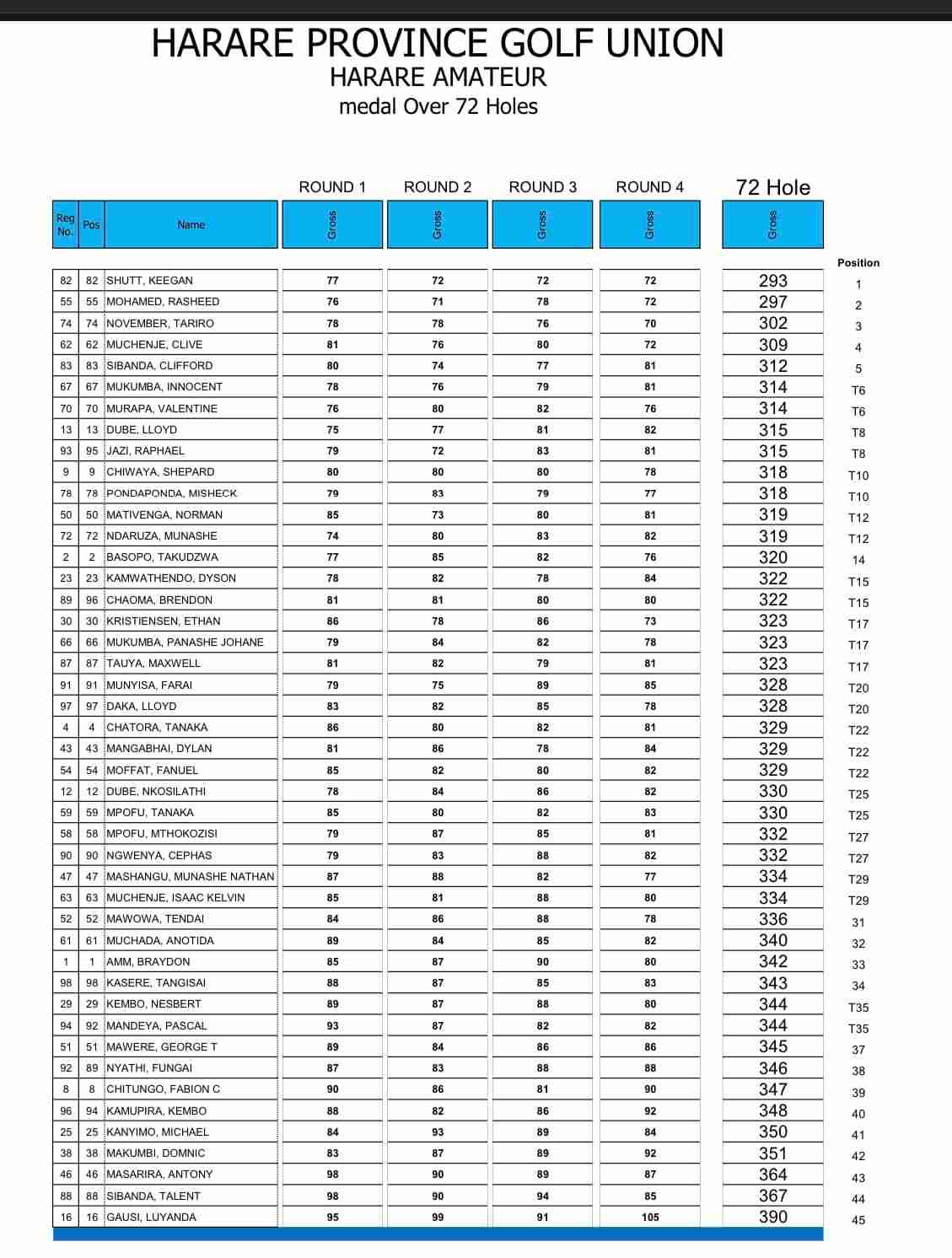