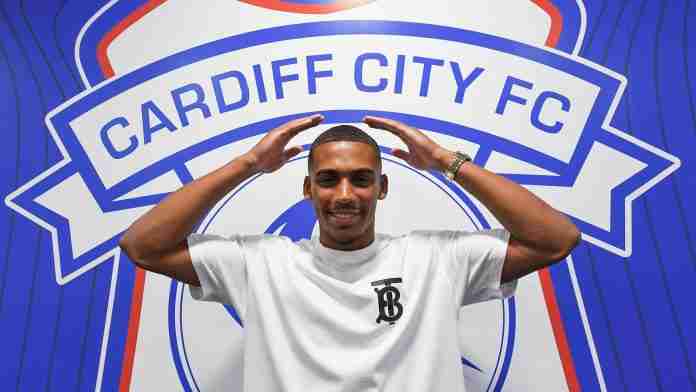 The combative 25-year-old midfielder who was born in Leeds to a Zimbabwean father and a British mother, made a total of 139 appearances for Reading, scoring four goals and seven assists since his debut for the first team in 2017.

An energetic presence in the centre of the park, Rinomhota enjoyed a particularly strong Championship campaign in 2018/19, picking up Reading’s Player of the Season Award.

Rinomhota, who turned down a new contract offer at Reading before joining Cardiff as a free agent said Cardiff boss Steve Morison influenced his decision, having been linked with several Championship clubs, including Bristol City.

“I spoke with the manager (Steve Morison), and I liked his ideas and his plans moving forward,” Rinomhota told the official Cardiff website.

“His ambitions were in line with mine, and the philosophy he wants to play with suits my style of football.

“The club has a good history and a good reputation. Everybody has been very welcoming and helpful, and they seem like a good group of lads. It should be easy to settle in.”

Rinomhota also gave an insight into the qualities that he hopes to bring to Cardiff who are hoping for a better season this term after finishing 18th last season.

“I’m a midfield player. I would say that I’m box-to-box, but I can sit and be more defensive as well, because I like to break up play.

“I like to drive with the ball, get past players, and make runs behind the striker. I’m looking to do a bit of everything, and hopefully I can implement my style in this team.”

Cardiff boss Morison said Rinomhota would be a very valuable addition to his squad: “He’s a top player, and he wanted to come and play for us.

“He had a tough year last year with a couple of injuries, but before that he played two 40-plus game seasons.

“He was a top player for Reading. We’ll manage him right, and we hope to get 40 top quality games out of him this year.”

Rinomhota, who trained with his new teammates for the first time on Friday, will link up with the rest of the Cardiff squad as they head to their pre-season training in Scotland on Sunday.

The highly rated midfielder is one of the several England-based players who are being pursued by Zimbabwean football authorities as part of their initiative to tap into talent emerging from among the diaspora community.

If he decides to for Zimbabwe, Rinomhota would form a dream midfield partnership with Aston Villa star Marvelous Nakamba and France-based Marshall Munetsi, who has been recently linked with a move to Brighton and Hove Albion.