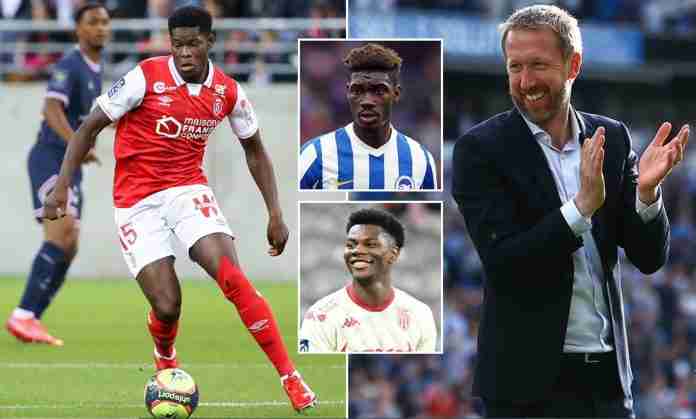 The Zimbabwe international, who turned 26 on Wednesday, has been impressing in the French league where his statistics have compared favourably with some of the best midfielders in the country.

Munetsi’s figures, notably on interceptions and defensive duels won in game, put him ahead of the likes of Aurelien Tchouameni who joined Real Madrid from Monaco earlier this month and Boubacar Kamara who left Marseille for Aston Villa.

Brighton’s analysts are understood to have reported favourably along with scouts and he is under consideration as they look to fill the void left by Yves Bissouma’s departure to Tottenham.

Munetsi, who scored four goals in 22 games last season after coming back from injury, only signed a new contract last month but Reims could be willing to sell for around £7million.

The box-to-box midfielder recently signed a two-year contract extension which means he is contracted to Reims until the end of the 2025-26 season.

Munetsi has been with the Champagne side since 2019, having signed from South African outfit Orlando Pirates.

Munetsi has impressed in his two seasons in Ligue 1 thanks to his work rate and the miles he covers on the pitch, as well as his goalscoring prowess. The Zimbabwe international has scored five goals from midfield this season in 23 appearances.

Capable of occupying all midfield positions in addition to the central defensive role is very highly regarded by the Reims coach Oscar Garcia, who has been central in his development into one of the top midfielders in the French topflight.