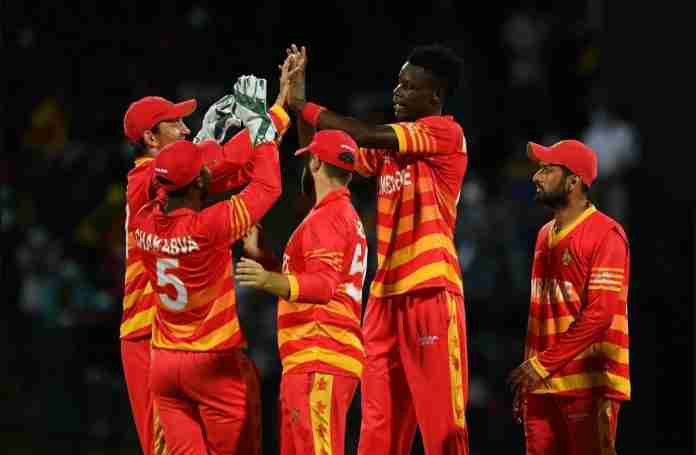 Eight of the game’s emerging nations will travel to Zimbabwe for the B Qualifier for the 2022 ICC Men’s T20 World Cup.

The final two spots for this year’s tournament in Australia are up for grabs, and teams must hit the ground running in the week-long tournament.

Mirroring the ‘A’ Qualifier earlier in the year where UAE and Ireland booked their places for Australia 2022, the ‘B’ Qualifier begins in Bulawayo on July 11.

The eight teams in Group B are divided into two groups of four, with the top two teams after the group phase progressing to the semi-finals. The top teams after group stage play will take on the second-place finisher in the opposite group, with the semi-final winners booking their ticket for Australia. The teams will play in a final to determine which First Round group they will enter.

A competitive field, Qualifier B looks a tricky proposition. The hosts return to qualifying after their suspension during the last cycle, while the Netherlands and Papua New Guinea, two participants at the last tournament proper, re-enter the field for qualification.

How to watch on ICC.tv

You can then watch the T20 World Cup Qualifier B for FREE (in selected regions) – plus much more from around the world of cricket – with matches available LIVE and on-demand on:

The T20 World Cup Qualifier B is available on ICC.tv in all regions other than Afghanistan, Bangladesh, Bhutan, India, Nepal and Pakistan.

A look to the B Qualifier

Failing to secure qualification for Australia by virtue of a Super 12 spot at the tournament proper last year, PNG and the Netherlands are both drawn in Group B of the Qualifier.

The hosts are favourites for Group A, though they will face stiff opposition in the form of the USA, Jersey and Singapore.

How each team at Qualifier B line up

If Jersey’s tactics and success from the recent Challenge League leg are anything to go by, Chuggy Perchard’s side could be the surprise packet.

The attacking opening partnership of Harrison Carlyon and Nick Greenwood were a force to be reckoned with in Uganda, and the side went undefeated in five matches with the bowling group also more than up to the task.

The sides in this event may be stronger on paper, but Jersey’s three wins at the Qualifier in 2019 suggest they are capable of sneaking into the semi-finals and a potential spot for Australia 2022.

It’d be unfair to suggest that Singapore’s qualifying hopes are completely dependent on Tim David’s involvement, though the all-rounder’s rumoured absence for the tournament makes the campaign all the more difficult.

Sans David, Singapore have tasted recent success, and should take confidence from their drawn T20I series with PNG in the lead-up to the event.

The side made 168 from their 18 overs in a rain-affected match, with Arjun Murtreja making a 45-ball 77. The spinning pair of Vinoth Baskaran and Akshay Puri combined for five wickets to stifle their opponents in an 18-run win.

With the bat, Surendran Chandramohan and Rohan Rangarajan will likely be entrusted at the top, with 21-year-old Janak Prakash a player to watch across all three facets of the game. Known for his late hitting, Prakash will effectively play the role his missing teammate does on the franchise scene.

The Americans have a 2024 spot locked up as co-hosts of that tournament, though the current crop is collectively strong and will ask questions in the quest for Australia 2022.

Six-hitting record-holder Jaskaran Malhotra returns to the squad, and the side look potent even without Karima Gore and Ian Holland.

Captain Monank Patel looks in ominous form with the bat, making three fifties in four innings in a tri-series against Namibia and Jersey, including a knock of 96* from 58 balls, carrying his bat as the other ten men fell around him.

Recent series defeats to Afghanistan and Namibia may have asked questions of team though perhaps the biggest recent change is on the coaching side, with Dave Houghton appointed as the new head coach, assisted by Lance Klusener. Former coach Lalchand Rajput moves into a technical director role.

Craig Ervine leads a side with marked international experience, and should bat in the top three behind Wessley Madhevere and Innocent Kaia. Sikandar Raza could well make a case for Player of the Tournament, and Sean Williams’ return is a huge boost to the side’s chances.

The form guide may not be pretty reading for the hosts, though the quality of opposition in recent series should have prepared a squad ready to take on the tournament, only helped by playing in their own backyard.

A side that’s undergone a number of shuffles in recent years, and having not played an official T20I since March 2020, Hong Kong are arguably the biggest unknown in Zimbabwe.

Babar Hayat’s availability in the tournament goes a long way in helping the team’s chances, and he joins Nizakat Khan as the biggest threats with the bat. All-rounder Yasim Murtaza is a bolter for a T20I debut, while 39-year-old Associate Professor of Law Dan Pascoe, a left-arm orthodox spinner with elite cricket experience in Australia and England, has recently qualified to play for them.

After the disappointment of the 2021 campaign, Netherlands travel to Zimbabwe desperate for another chance to make amends.

Coach Ryan Campbell remains at home to continue his recuperation, and the side have a new captain in wicket-keeper Scott Edwards, after Pieter Seelaar’s retirement.

The side is not at full strength with both Roelof van der Merwe and Colin Ackermann on county duty, though Fred Klaassen and Paul van Meekeren are in the squad after missing their recent ODI Super League matches.

Tom Cooper and Stephan Myburgh provide a boost to the batting, though the form of Max O’Dowd and Vikramjit Singh could well dictate their campaign.

The form guide for PNG across both white-ball formats makes for ugly reading, though the side qualified for the last T20 World Cup under similar circumstances and with many writing them off.

The side have no less than seven all-rounders in the XI at any given time, and while captain Assad Vala holds the key, the late hitting of Norman Vanua could bail them out of trouble.

Tony Ura’s 91* from just 40 balls against Singapore may just be the knock that snaps the dasher out of his form slump, and Vala will no doubt rotate the bowlers based on early rhythm.

Making their first appearance at a T20 Global Qualifier since 2013, Uganda are a team on the up, and it’d be foolish to rule them out of contention, especially after jagging a victory over Namibia in a recent T20I series.

While going down 2-1, the victory in the second match highlighted a point of difference Uganda have at their disposal: explosive middle and death-over hitting.

The combination of Riazat Ali Shah and Dinesh Nakrani not only can bail the side out after early wickets, but their power hitting can either help the side counter in a spot of bother, or put an exclamation mark on their innings.

The pair also provide help on the bowling side, and they boast plenty of seam and spin options.