Raza took three for 25 in a stunning performance in Perth as Zimbabwe edged out Pakistan by one run to seal their first-ever win outside of the first round of the competition.

The defeat leaves Pakistan hanging on in their attempts to qualify from Group Two after losing their first match of the competition against India.

In contrast, Zimbabwe, who came through the first round in Australia to reach the Super 12, are third in Group Two behind South Africa.

Only the top two reach the semi-finals.

The star of the show for Zimbabwe on Thursday was undoubtedly Raza as he yet again produced another brilliant performance which earned him his third man-of-the-match award. 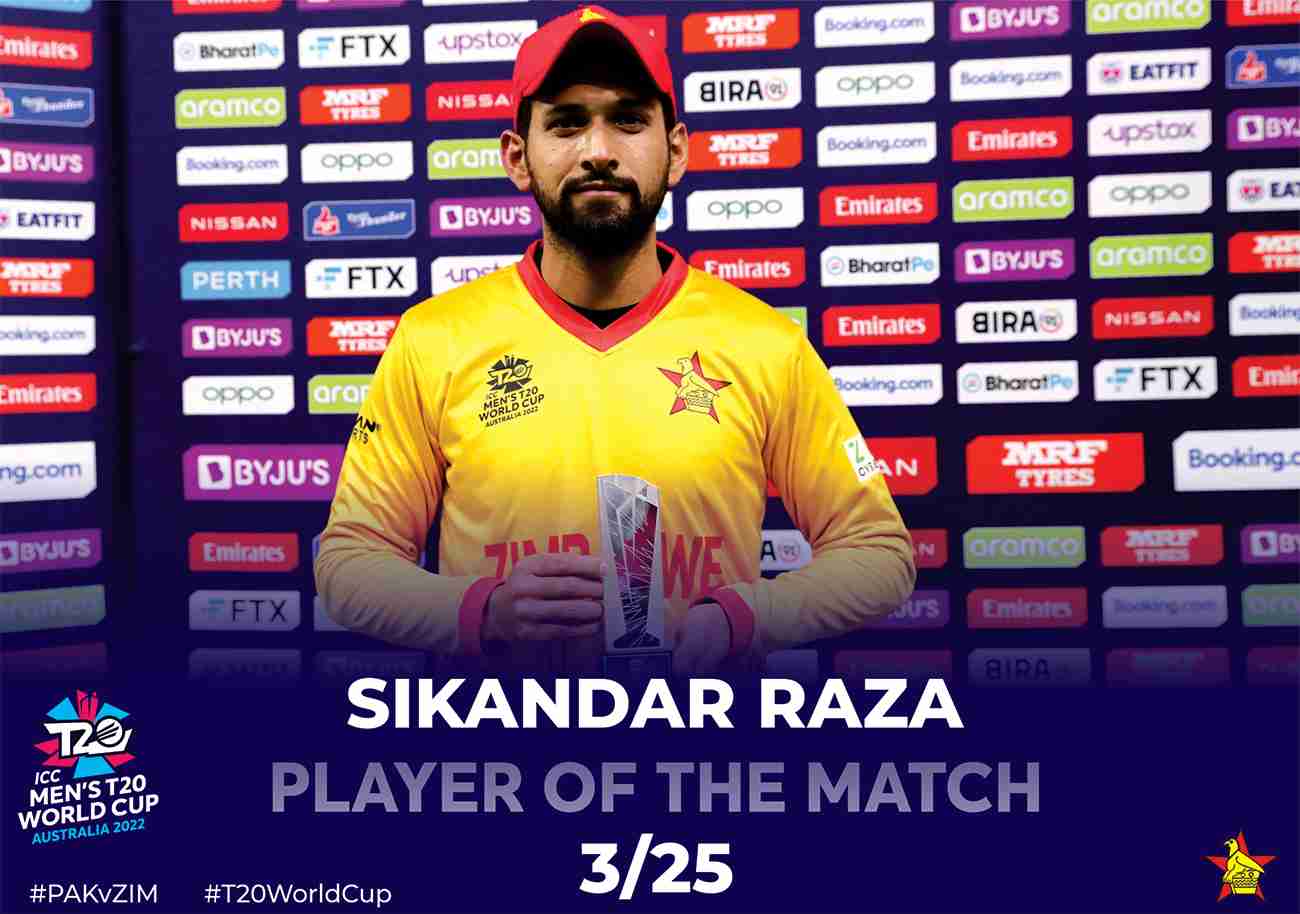 He said he was inspired by a video of Ponting, who was describing the bowler’s run of form ahead of the victory over Pakistan, the country of Raza’s birth.

“His level of maturity has gone through the roof. He is stepping up in pressure moments. He almost singlehandedly got Zimbabwe through to the World Cup,” Ponting said in a clip released by the ICC.

“He is 36 but looks as though he is 26 again. It has been really special to watch where he has come from in the last few years to perform how he has.”

Raza, who was awarded the player of the match award, said: “I was excited today, and I watched this clip by Ricky Ponting earlier in the morning, and that motivated me to come up with this performance. I would like to thank Ricky Ponting for that.

Zimbabwe had earlier reached 129-8 and Pakistan looked to be on course to reach that total with Shan Masood in particular impressing.

But Raza alongside his bowling colleagues secured the famous win for Zimbabwe, who are now third in Group 2 after two matches.

Raza has starred with both bat and ball for Zimbabwe in this T20 World Cup. After scoring 82 against Ireland in Zimbabwe’s opener in the first round, he picked up 3 for 19 against West Indies, followed by 40 runs and 1 for 20 against Scotland. Following his 3 for 25 against Pakistan, Raza said it was the best win he has ever been part of.

“I think since I’ve been part of Zimbabwe cricket, I would rate that the best victory we’ve had because there’s no better stage,” he said. “This is the World Cup, the biggest stage of all.

“To beat Pakistan by one run..the modest total. You’re going to have to do everything right to defend that, which we did. I think for me that’s probably the best victory I’ve been part of with Zimbabwe.”