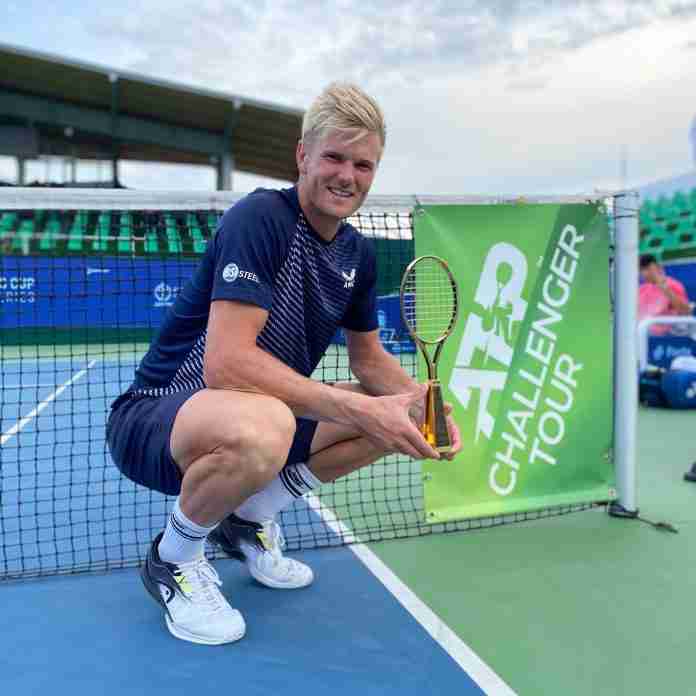 Zimbabwe’s number one player Benjamin Lock will be hoping for a perfect birthday present when he spearheads the country’s charge against El Salvador in the World Group II play-offs at Harare Sports Club starting on Friday.

Born on March 4, 1993, Benjamin, will celebrate his 29th birthday today on the same day he is expected to get Zimbabwe’s campaign underway against the Central American side in the opening singles.

Lock is an integral member of the country’s Davis Cup team, which includes his brother Courtney, brothers Mehluli and Ethan Sibanda as well as the non-playing captain Gwinyai Tongoona.

He is Zimbabwe’s highest-ranked tennis player in the ATP World Rankings in both the singles and doubles where he is ranked 520 and 218, respectively.

After Friday’s opening singles, Lock will partner his young brother Courtney in Saturday morning’s crucial doubles rubber before returning to the court in the afternoon for the reverse singles.

Lock, who is based at the Ad in Tennis Academy in Barcelona, Spain, will head into the Davis Cup tie on the back of a good run of form on the pro circuit this year.

He has featured regularly and done well in ITF World Tennis Tour and The ATP Challenger Tour events and will be hoping to bring that good form into the Davis Cup World Group II play-off tie against El Salvador, where will be hoping to make good use of its home advantage.

Zimbabwe’s match against El Salvador is one of the 12 World Group II play-off ties scheduled for this weekend where the winning nations will progress to the 2022 World Group II ties.

The 12 losing nations will compete in regional Group III events which will all be played on a home-and-away basis in September, which makes this weekend’s encounter a must-win for the Zimbabwe team.

Zimbabwe will head into this weekend encounter hoping for a quick return to winning ways against their Central American opponents after losing 4-0 away to Tunisia in the Davis Cup World Group II tie in November last year.

The defeat to the North Africans ended any hope they had of playing with the sport’s elite countries next year.

On the other hand, El Salvador lost 3-1 to Poland last year in March in the World Group II tie.