Junior Sables head coach Shaun de Souza is convinced that the future of Zimbabwean rugby is very bright after his side followed up their Rugby Africa Under-20 Barthes Trophy success in Kenya early this year with another successful campaign at the World Rugby U20s Canada Conference.

Zimbabwe’s Under-20 rugby side ended their campaign at the high-profile tourney in style with a 43-35 win over Chile at the Guelph University in Ontario, Canada, on Tuesday.

The victory secured a second overall finish for the Junior Sables in the four-nation series after beating hosts Canada in the first match before going down to the eventual winners Uruguay last week.

Speedster Tavonga Ablant was the star of the show with six tries in the competition which included a hatrick against Canada and a brace against Chile.

Ablant was also named the Player of the Tournament during the Rugby Africa Under-20 Barthes Trophy in Kenya.

While the Mbare-born utility back was the star of the show, it was the manner with which the Junior Sables performed as a team against their highly-ranked opponents which won a lot of admirers at home and abroad during the competition.

And the man who has been credited with transforming the Junior Sables side into a force not only on the continent but in world rugby, De Souza believes there is no limit to what the young side can achieve if given the necessary support.

“It’s surreal at the moment to think that we came and played teams that are in the Junior World Trophy tier and out of the four teams we end up second to the only team that beat us in the competition, Uruguay, who ultimately finished with three wins in as many matches,” De Souza told NewsDay. 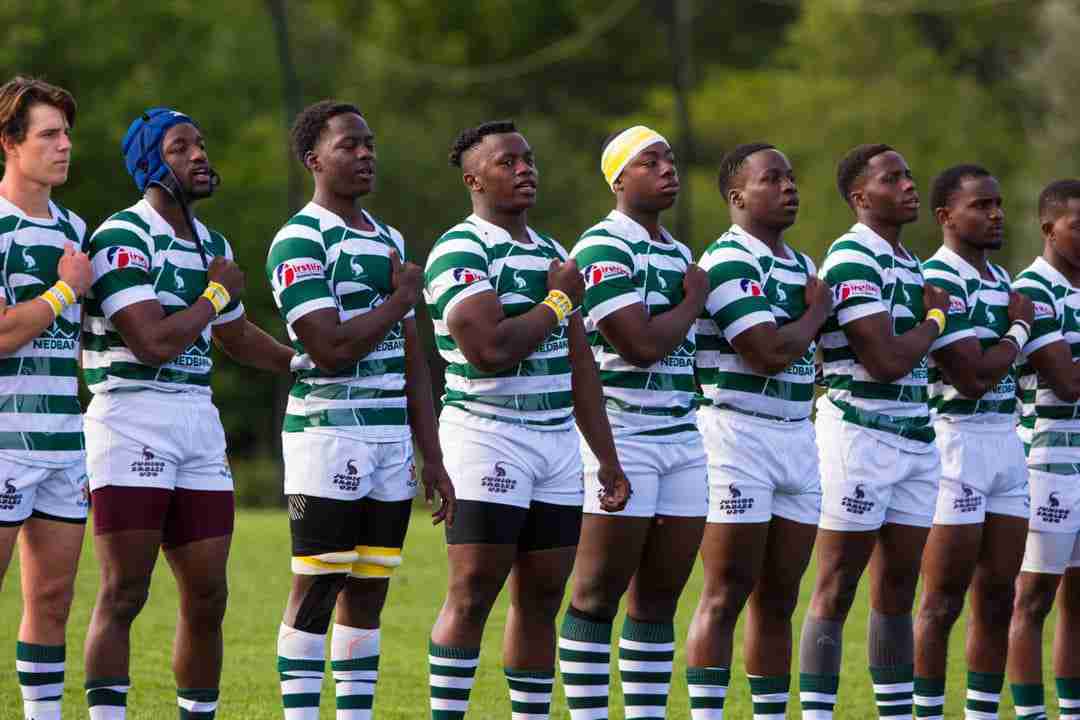 “This shows that Zim rugby has grown, we’ve taken down two strong nations who are all going to the World Cup 2023 and obviously this is their pathway to the next World Cup. Going forward, I believe that we need to maintain and sort of sustain this group, keep them active with game time, especially the guys who are turning 20 and leaving the system this year. We need to give them something to play for. The guys that are 19 we still have the Barthes Trophy next year so they have a lot to play for. We just hope that the system gives us game time and keeps us active,” he said.

The former Sables player, who is being tipped to succeed Brendan Dawson at the helm of the senior rugby side ahead of the 2027 Rugby World Cup qualifiers, now has an impressive record of eight wins from nine matches since taking over at Junior Sables coach.

De Souza attributed the team’s success in Canada to the hard work put in by the players and his technical team in preparing for the Canada tour.

“Credit to the hard work the boys have put in. We worked very hard ahead of the tour in our training camps where a lot of emphasis was put into our strategies and tactics and it has reflected in these games. The fruits are starting to come out; the boys have done really well, executed all the plans well,” he said.

“The boys are over the moon; I’m just lost for words at the moment. The support we have received from the fans here has been amazing, it’s almost like we’ve been playing at home,” he added.

The Junior Sables are expected to arrive back in the country from Canada on Friday.