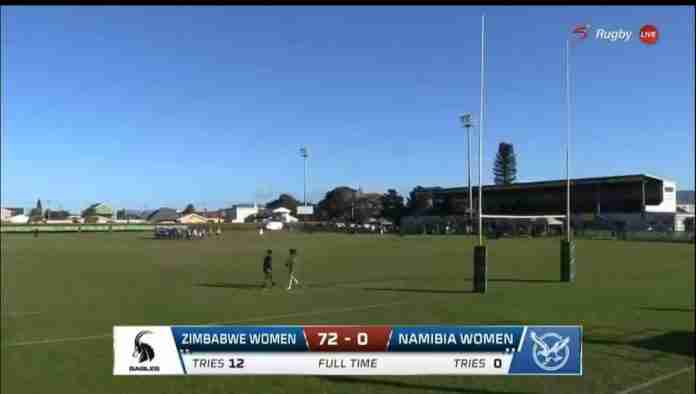 The Zimbabwe women’s fifteens rugby side responded to last week’s heavy loss to the Springboks Women in emphatic fashion after scoring 12 unanswered tries in a 72-0 (halftime 34-0) over Namibia at the City Park Stadium in Cape Town on Sunday.

It was the Lady Sables’ first win in the 2022 Rugby Africa Women’s Cup competition.

The Lady Sables had been written off ahead of their match against Namibia after succumbing to a dispiriting 108-0 against a star-studded South Africa side.

Against the odds, the Zimbabwe side produced a spectacular display full of flair and speed to underline the significant strides women’s rugby has been making over the last couple of years.

Outside centre Chiwoniso Mabika was named the Player of the Match after scoring four spectacular tries, including a hattrick in the first half.

The victory was a welcome relief for Lady Sables interim head coach Lissy Wasarirevu, who is eager to turn around the team’s fortunes after taking the coaching reins recently.