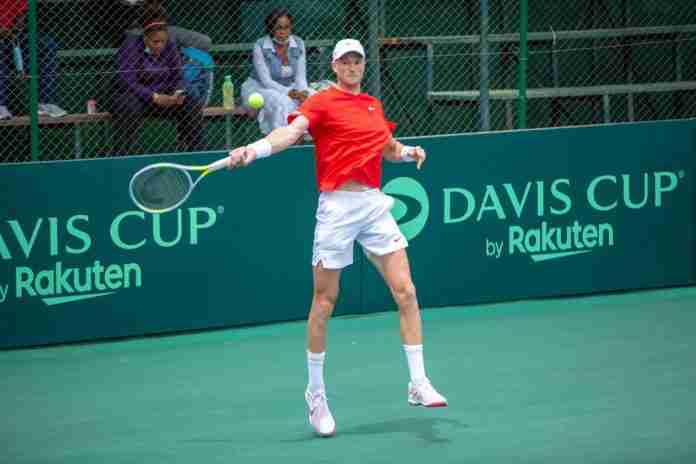 Zimbabwe’s four-year stint in the Davis Cup World Group II was brought to an end after losing 3-1 El Salvador in a sad day for local tennis at Harare Sports Club on Saturday.

The hosts’ fate was sealed when country’s top ranked player Benjamin Lock lost in three sets to Arevalo-Gonzalez, Marcelo 3-6, 7-5, 4-6 in the first reverse singles match to confirm their defeat in the Group II play-off match.

Cheered on by a passionate home crowd, the hosts started the second day desperate to seize back the initiative in the crucial doubles rubber after the two teams shared victories in Friday’s singles duels.

And they appeared on course when the brothers Benjamin and Courtney started brightly, putting the Salvadorian pair of Marcelo Arévalo and Lluis Miralles under pressure.

With the hosts struggling in the doubles, it was to Benjamin, who comfortably won Friday’s opening singles encounter, to try and keep the match alive in the first reverse singles match.

The country’s top ranked player though found the going tough against the experienced Arévalo, who dug deep to win the decisive match 3-6, 7-5, 6-4 in two hours 21 minutes and seal the hosts’ fate with one match to spare.

The disappointing home defeat against El Salvador means Zimbabwe, who have spent the last four years in Group II, drop a rung down to the less fashionable regional Group III events which will all be played on a home-and-away basis in September.