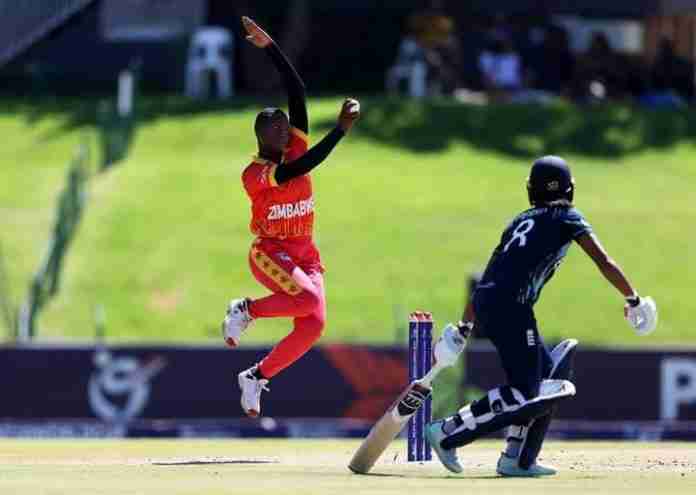 Potchefstroom – Zimbabwe were given a harsh reality check in their opening match at the inaugural ICC Under-19 Women’s T20 World Cup after succumbing to a heavy 174-run loss against England in Potchefstroom, South Africa on Sunday.

England were on 67/1 after the six power play overs, 99 for 2 at the drinks break after 10 overs and scored another 100 runs in the remainder of the innings for the loss of two more wickets to fall just a single short of being the first team in the tournament to reach the 200-run mark.

The carnage began as early as the first wicket partnership between Scrivens and Libbie Heap, who put on 60 runs off just 31 balls. 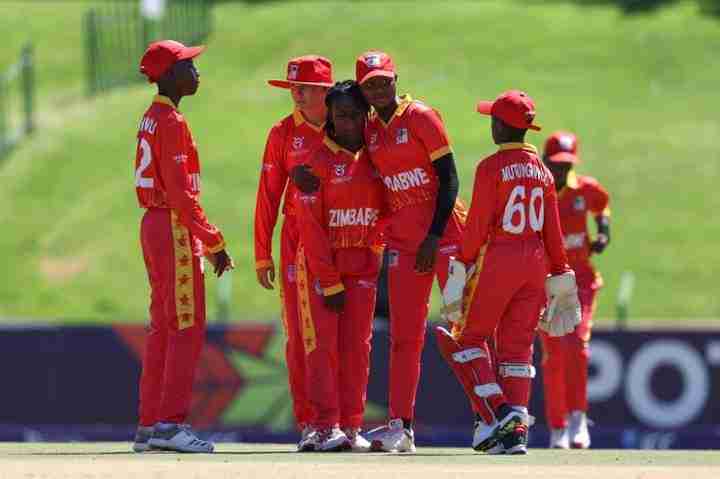 When Heap departed for a fiery 25 off 12 balls (five fours), there was no letting up with Niamh Holland joining Scrivens – who ended up compiling 45 off 32 (eight fours) – and going on to top score in the innings with a 37-ball 59 bedecked with six boundaries and a maximum.

Holland’s 87-run partnership with Charis Pavely (45 off 26 deliveries featuring six fours and a six) would sustain the assault on the Zimbabwe bowling attack to the point of getting England to the brink of the highest total scored by a team in the tournament.

Things did not markedly improve when Kelis Ndhlovu’s team went in to bat, with the England attack running through the Zimbabwe batting line-up to the point where they were 15/4 at the conclusion of the power play, with a 184-run mountain to climb on their run chase of exactly 200.

Left-arm orthodox spinner Sophia Smale began the damage by deceiving opener Natasha Mtomba with flight and bowling her for ultimate figures of 2/5 off two overs, but it was Scrivens’ 4/2 off four overs which meant Zimbabwe were all out just 10 runs later in an innings featuring four ducks.

Toss: England, who elected to bat.

Zimbabwe 25 all out in 12 overs (Adel Zimunu 5 not out, Tawana Marumani 4, Grace Scrivens four for 2, Josie Groves two for 5)