Budding Zimbabwean footballers will have an opportunity to impress scouts at Spanish LaLiga Real Betis during their 10-day assessment tour at the European club.

A group of 24 young players from Real Betis Academy Zimbabwe arrived in Spain on Saturday for the historic tour where they will have an opportunity to work out at the club’s facilities in Sevilla.

The boys will also attend the first team’s friendlies, first versus Manchester United on Saturday and then against Inter Milan next to be played at the Benito Villamarín Stadium next week.

Former Zimbabwe international rugby player Gerald Sibanda, who is the president of the Real Betis Academy Zimbabwe said he is confident that some of the academy’s brightest prospects will impress during the assessment tour. 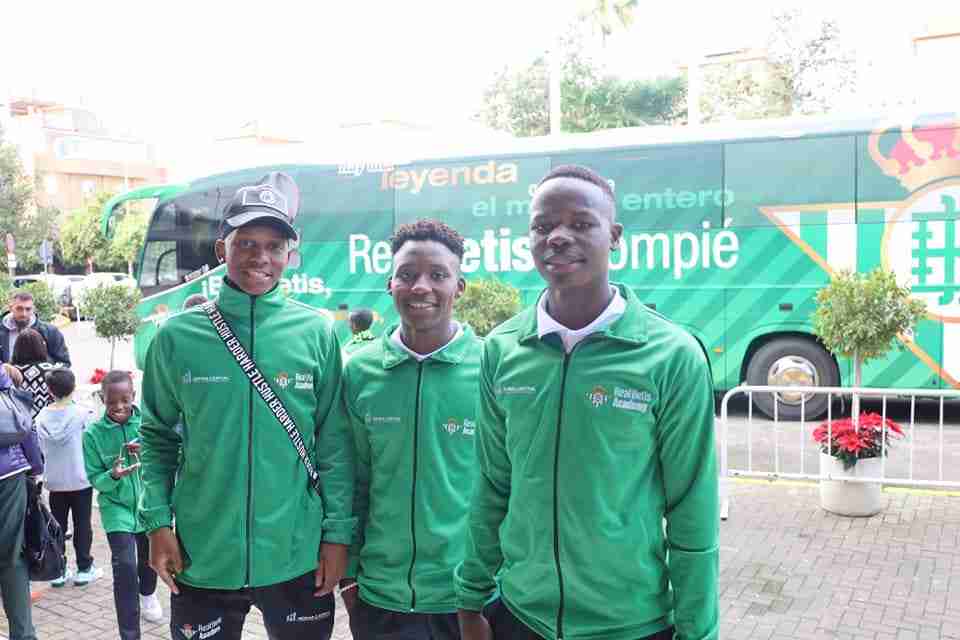 “The Zimbabwean youth flag will fly high in Spain for the next 10 days at one of the biggest La Liga clubs. This will open many doors of opportunity and renewed hope to many youth players around Zimbabwe and many academies who are working hard to give hope to the youth through football,” said Sibanda.

“All week we look forward to intense training and assessment for our group, I am excited for all the 24 players but I also look forward to see how our Under-19 outstanding player and top goal scorer Nokutenda Mangezi (17) from Manyame Airbase will do during the week, also Tashinga Muzadzi, (17) (Gift Muzadzi’s son) from Prince Edward School and a couple more senior players,” he added.

This is the first time since the academy was established in 2020, that Betis Academy Zimbabwe is embarking on a tour of Spain.

The academy, which was launched in 2020, has been conducting training camps in Harare where former players, Murape, Tichaona Diya and Philemon Mutyakureva have been in charge.

The former Highlanders duo of Johannes Ngodzo and Gift Lunga (junior) lead the Bulawayo branch of the academy.