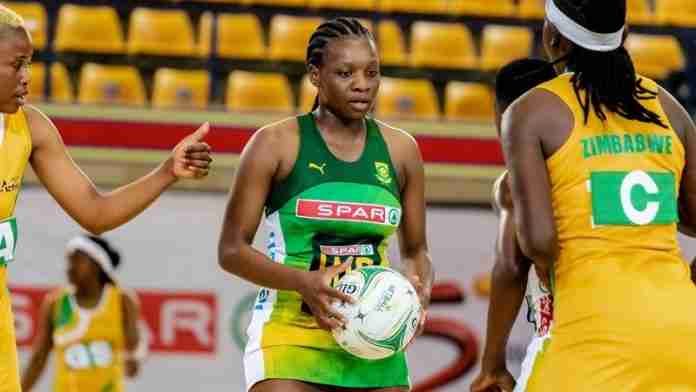 The Zimbabwe senior national team will be hoping for a winning start when they take on South Africa’s President’s XII in their first game of the Spar Diamond Challenge at the University of Pretoria’s Rembrandt Hall on Tuesday.

The Gems are one of the three nations competing in the five-day tournament alongside hosts South Africa, and Scotland.

Malawi pulled out of the competition and they were replaced by South Africa’s President’s XII netball team.

Zimbabwe will be led by their England-based team captain Felisitus Kwangwa while the team also includes 19- year-old goal-shooter Thandazile Ndlovu.

Ndlovu has been promoted to the Gems side after impressing with the Under- 19s at the Confederation of Southern Africa Netball Associations Tri-nations Cup held in June, in Malawi.

The SA President’s XII will play invitational matches against all the participating teams. All matches will be broadcast on SuperSport Variety 4 (Ch 209).

In another match set for Tuesday, South Africa will meet Scotland.

Zimbabwe are using the Spar Diamond Challenge to prepare for next year’ Netball World Cup to be played in Cape Town.

The Spar Diamond Challenge has been on a four-year hiatus and it makes a return ahead of the 2023 World Cup which is set for July.