The Zimbabwe golfing community on Tuesday converged at Chapman Golf Club to pay their last respects to the legacy of the late Roger Baylis.

In a rather surprising turn, the mood of the occasion was rather ‘celebratory’ than sad, as speakers took turns to share their favourite memories and anecdotes of the late golfing icon at the place he called his second home for the larger part of his golfing career.

“I tried to think of the words that best captured what Roger meant to mind, during my flight home, but failed in my task,” said Nyamukondiwa, who is in his third year at Drexel University in the United States of America.

“Still, today we are gathered here to honour the legacy of the legend, Roger Baylis.

“Rog (Baylis) was more than just a coach to me, he was like my father.

“He would always invite me to his house, during the weekends, and we would play golf together.

“One of the best pieces of advice he ever gave me was that since I was very small, I should work on my chipping and putting, and it is advice that has served me well in my career so far,” he said.

“When I went to college, Roger would always ask if I was practicing my chipping and putting.

“Roger did so much for me, and changed the lives of many others. I just want to say thank you to him,” he said. 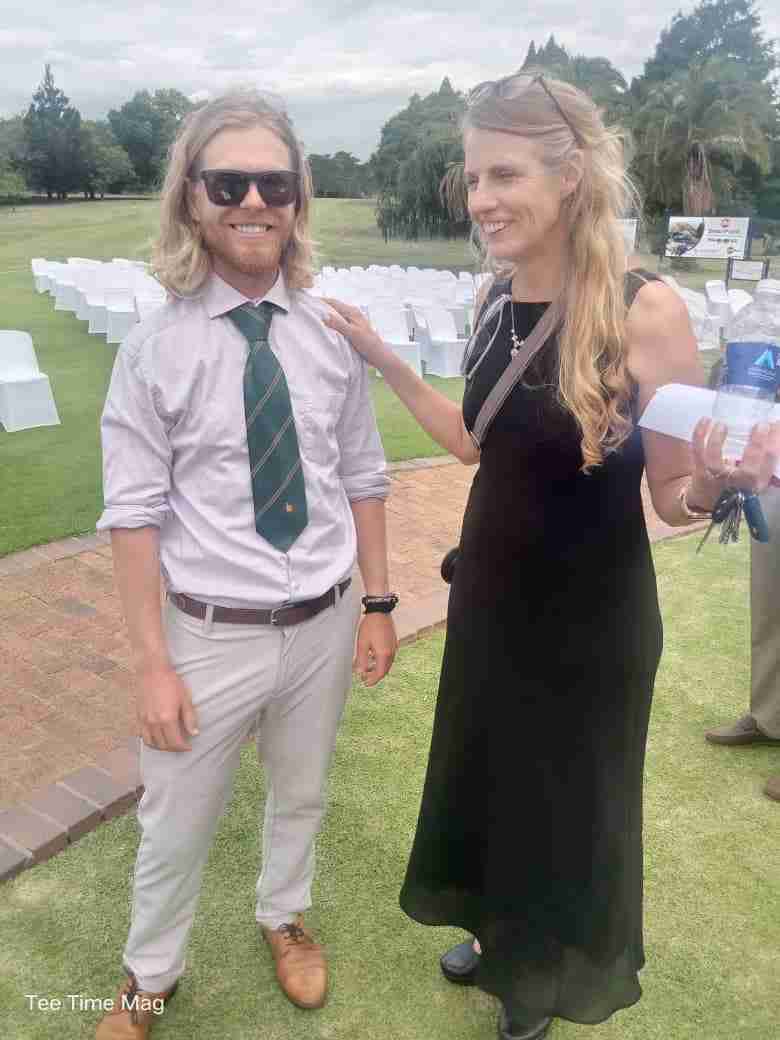 Scott with the late Roger’ Baylis’ daughter JoanNyamukondiwa’s sentiments were echoed by Zimbabwe top golfer, Scott Vincent, who happens to be another protégé of Baylis, and arguably his most accomplished student.

“Roger (Baylis) was a selfless man who gave most of his time to the game he loved, and to the people that shared that love,” said Vincent.

“The golfing community around the world knows Roger Baylis, which is a testament to the impact he has made on the sport.

“I have known him since I was ten years old when he began coaching me, and I owe so much of where I am today to him. He will be sorely missed,” he said.

Numerous speakers took to the podium to share their fondest memories of the man, from Masunda, who spoke of their glory days in the sport, to the Baylis siblings reflecting on how he raised them and taught them how to appreciate golf.

Baylis passed away at his home on December 3.

He suffered from knee arthritis.

Baylis is survived by his wife Jen and three children Mike, Steve and Joan.