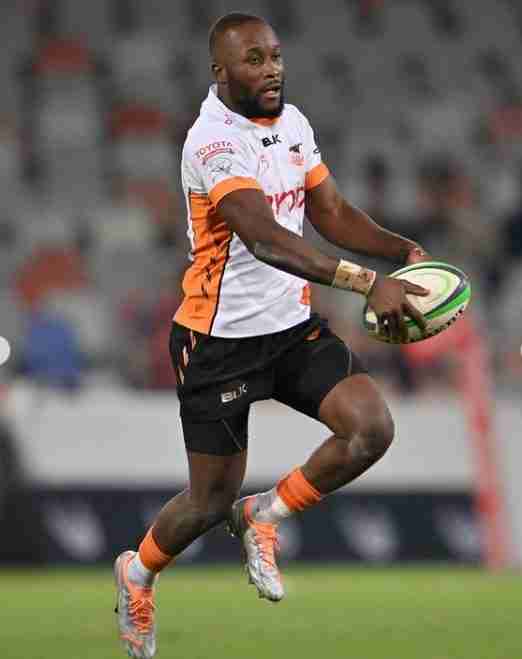 The 26-year-old Sables fullback was part of the Pumas that last season won the Currie Cup for the first time in their history by defeating Griquas 26-19 in the final in Kimberley.

Mafura announced after the final that he would continue his career in Bloemfontein with the Toyota Cheetahs.

Mafura (26) was part of the Toyota Cheetahs squad in 2019 when the Cheetahs last won the Currie Cup but was not in action for them in the semi-finals or final.

After being on the fringes of the first squad during his first spell Mafura is expected to play a prominent role for his side in their bow in the European Challenge Cup, which is the second-tier European event below the European Champions Cup.

The Cheetahs squad will travel from Bloemfontein on 5 December before kicking off their campaign against Section Paloise (Pau) in France on 10 December.

The South African side will then “host” Welsh outfit Scarlets a week later in Parma, Italy.

They will then return to South Africa for the Christmas break before travelling to Wales in the new year to face the Scarlets on Friday, 13 January. A week later, Mafura and his teamates will entertain Pau in Parma to round off their pool stage fixtures.

The Cheetahs’ two “home” games will be played at the Stadio Sergio Lanfranchi in Parma, as one of the conditions for their participation in the Challenge Cup was for them to be based in Europe.

Lock Victor Sekekete will captain the Cheetah, who also have in their ranks, the two-time World Cup winner Frans Steyn

Steyn, who last played for the Free Staters in the Toyota Challenge against the USA Falcons in October, will be joined on tour by fellow Springboks Ruan Pienaar and Oupa Mohoje.