Mapaya, who captured the triple jump crown in 2019 in Austin, Texas, produced the defining jump on his third attempt when he leapt 17.26m to break his own school record and recording a lifetime best. 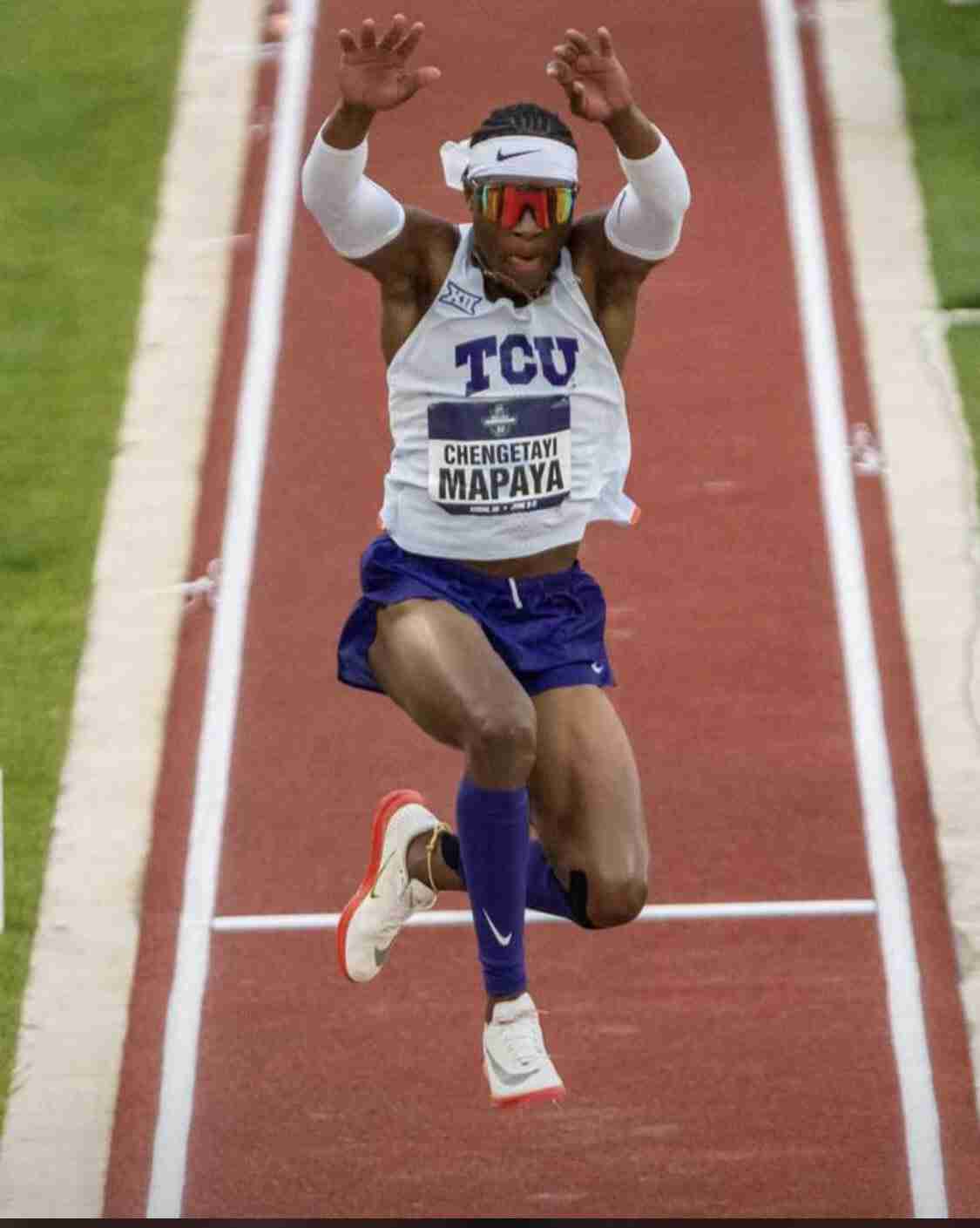 Qualifying for the world championships caps off a memorable comeback for Mapaya, who suffered a serious injury during last year’s NCAA Outdoor Championships which ended his hopes of competing at the Tokyo Olympic Games.

“That’s what it’s about, I hope I’ve inspired some people who have seen my journey. I think I did a great job to come back and win it with a new personal best and qualify for the World Championships,” the 23-year-old said after his victory.

Mapaya, who is expected to turn professional, said he is delighted to have capped off his collegiate career with a victory.

“It’s just an amazing story for me and I’m very thankful for this journey. It is my last time jumping at TCU and this has been a long journey, all the injuries and everything and trying to stay on course to become good… I’m enjoying myself now, this is great,” he said.