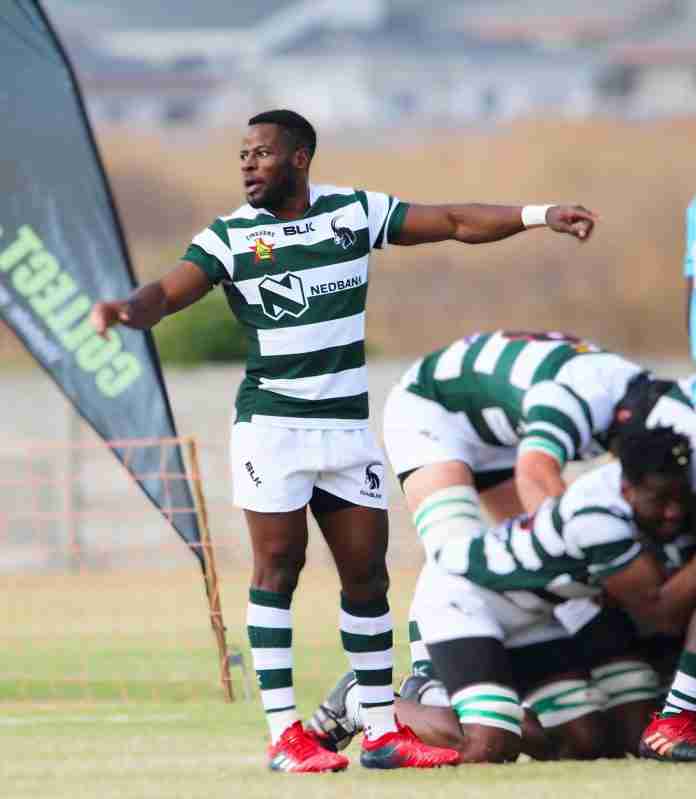 Sables captain Hilton Mudariki (pictured) has challenged locally-based players to put their hands up for selection to the Currie Cup-bound Goshawks squad when they take part in the Nedbank Rugby Challenge Cup which kicks off at Old Georgians Sports Club on Saturday.

The Nedbank Rugby Challenge which will feature six local teams will mark the return of domestic senior men’s 15s rugby for the first time in more than two years.

With Zimbabwe set to compete in the Currie Cup First Division in South Africa next month, the coaches and selectors will be running the rule on the locally-based players for possible selection to the touring squad.

And Mudariki, who will feature for Harare Sports Club, has encouraged his colleagues to make use of the opportunity presented by the season-opening competition, which forms part of the preparations for the Currie Cup challenge.

“The Nedbank Rugby Challenge is very important, we know that the teams that we will be playing against will be towards the end of their preseason, so they will have preseason games so it’s good for us to get a bit of game time,” Mudariki said in an interview with IndependentSport on Thursday.

Locally-based rugby have been starved of competitive game time over the last two years as rugby was one of the sporting disciplines that were the last to be cleared by health authorities to resume after the Covid-19-induced suspension.

Even after the lifting of the suspension action was only allowed for the international fixtures which has prejudiced local players whose years of inactivity have cost them chances to compete for places in the senior national team — the Sables.

But all that is set to end with the return of senior domestic rugby.

“It’s so good to have senior domestic rugby back after such a long time,” Mudariki added. “We’ve been starved of rugby for a very long time, the players, the fans, spectators so it’s just good to be able to have rugby back.

It gives the guys that are based locally an opportunity and for fans it’s an opportunity to come and watch some live rugby again after a very long time.”

The first two rounds will be hosted by Old Georgians with the third round of fixtures and the finals to be confirmed in due course.

This weekend’s Nedbank Rugby Challenge fixtures will run concurrently with the Paramount Garments U20 League which will be entering week 3 tomorrow.

Harare Sports Club, who are mentored by former Sables skipper Daniel Hondo, are expected to unleash some of their new acquisitions such as Mudariki, Aiden Burnett and Declan Ralph.

Old Hararians, who will this season, be coached by Lady Cheetahs coach Derek Chiwara this season face Southern City while hosts Old Georgians clash against Harare Select in the main match on the Nedbank Rugby Challenge Cup schedule