The Zimbabwe Under-20 rugby team hung on to beat their biggest rivals Namibia in a tightly contested final at the Nyayo International Stadium in Nairobi on Sunday to secure their first continental silverware in 11 years.

By winning the 2022 edition of the Rugby Africa U20 Barthes Trophy, the Junior Sables earned the ticket to represent Africa at next year’s World Rugby Under 20 Trophy.

The Junior Sables, who won the last of their three successive titles in 2011 were second-favourites against Namibia ahead of the final having previously lost to their Southern African neighbours five times in finals since the inaugural edition of the tournament in 2007.

However, the Shaun de Souza-coached side confounded expectations by putting on a dominant performance against their rivals.

The tense final that was played under slight showers was too close to call as both teams battled out for top honours.

Namibia who beat Kenya 16-5 in the semis began the match on a bright note, earning an early penalty that was converted by Riaan Grove for a 3-0 lead.

Zimbabwe quickly responded with their own penalty converted by Brendan Marume to level matters and later on earned a first try of the game to stretch their lead to 8-3. Left wing Liberty Sibanda managed to get some space in the Namibia defence and his trickery was enough to hand Zimbabwe their first try of the game

An infringement by Zimbabwe allowed Namibia to score yet another penalty through Geraldo Beukes but Takudzwa Musingwini scored yet another try for Zimbabwe to take an 11-6 halftime lead.

Another penalty kick in the second half by Namibia reduced the arrears to two points with Beukes scoring another penalty for Namibia. A brilliant interchange down the left flank released Panashe Zuze who scored Zimbabwe’s second try which proved too vital in the game. 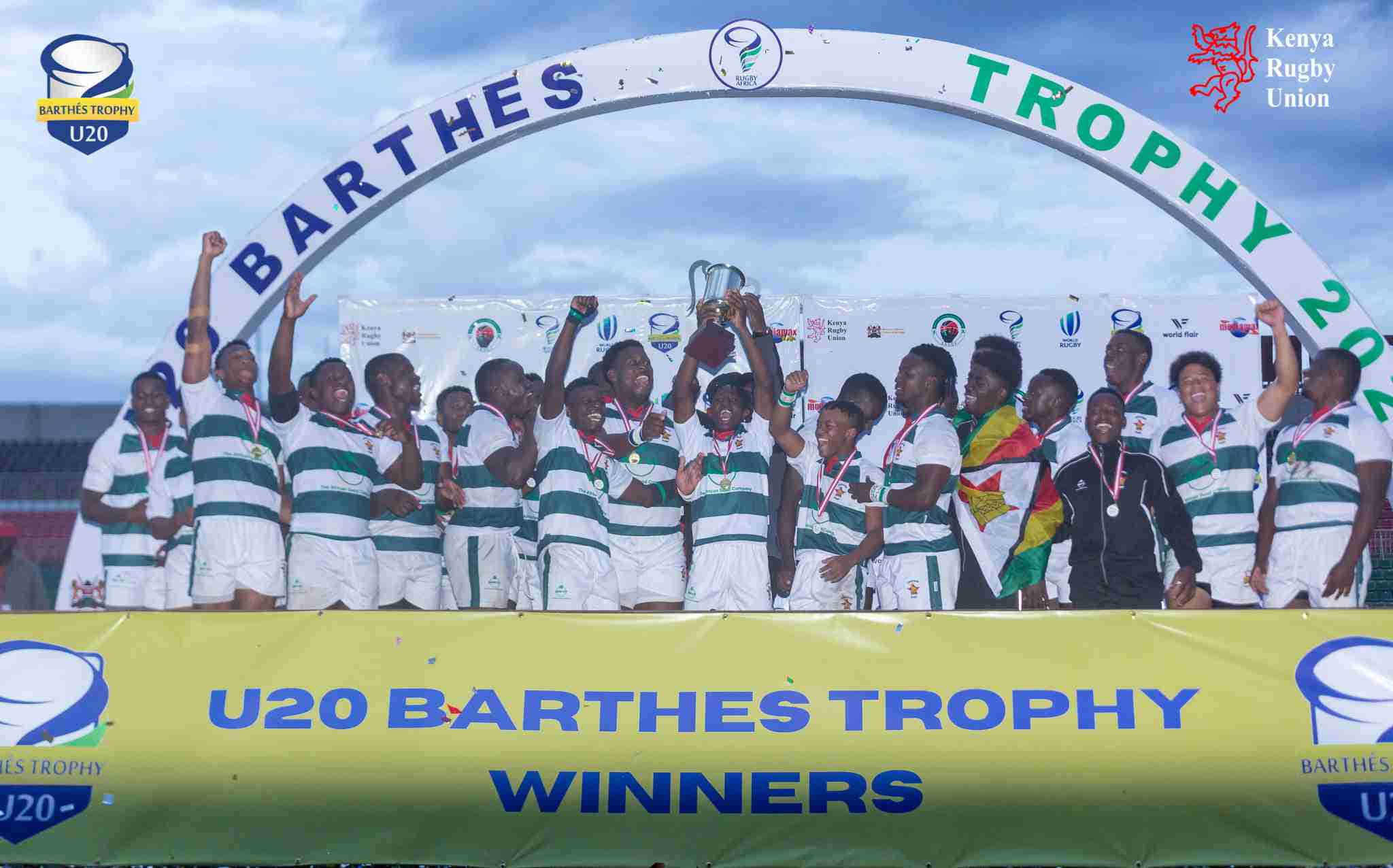 With the scores at 16-14, the game witnessed a nervy ending but a penalty for Zimbabwe eased pressure on the Zimbabweans.

A late surge by Namibia was not enough as good defensive play by Zimbabwe ensured that they soaked in the pressure to the last minute and seal the 2022 Barthes Trophy.