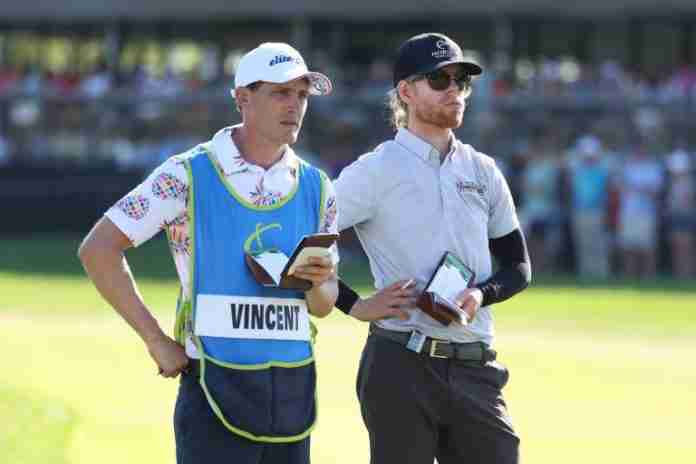 Zimbabwe’s Scott Vincent says he was excited to have the opportunity to play alongside golfing greats Sergio Garcia and Henrik Stenson as he powered his way to his best ever finish on the lucrative LIV Invitational Golf Series with a solid tie for 12th place in Chicago on Sunday.

The 30-year-old star closed with a solid two-under-par-70 at Rich Harvest Farms in Sugar Grove near Chicago to finish at five under par.

Vincent’s 12th place finish which earned him a cool US$332,500, was his best on LIV Golf, bettering his tied 20th effort in the inaugural event in London.

“I am really proud of the way I played this week. I managed to keep the mistakes to a minimum, and I was quite solid on a very difficult golf course,” said the gifted golfer from Harare.

Vincent was in superb form in Chicago as he further enhanced his growing reputation as one of the exciting players to watch on the LIV Golf Invitational Series.

He was the joint leader with Garcia and Patt Perez in driving accuracy with a near impeccable 85% success rate.

“It was such a fun week. I played with two legends of the game, and there was so much to learn from them. I have always admired Sergio (Garcia) growing up, and Henrik (Stenson) has been one of my recent favourites. To get a chance to play with those two was amazing.

“Hopefully, I can take my form to Bangkok, which is one of my favourite places in the world. The Asian Tour boys are going to have a bit of an advantage there with the condition and weather.”

Vincent finished eight shots behind the eventual winner Cameron Smith, who clinched the LIV Golf Invitational Chicago on Sunday, remarkably in only his second start with the LIV Golf Series.

The 29-year-old Australian fired a three-under-par 69 with birdies on his last two holes to finish on 13-under par 203 in the 54-hole tournament.

He eventually won by three shots over the American duo of Peter Uihlein (69) and Boston champion Dustin Johnson (70), who were tied second at 10-under par.

In the Team Championship, it was the familiar sight of the Johnson-led 4Aces claiming their fourth successive title, edging Brooks Koepka’s Smash side.

4Aces finished on 24 under par, while Brooks’ younger brother Chase (67) was the star as he helped his side get to 23 under.

The LIV Golf Invitational Series will now move to Asia for the next two legs. The sixth leg will be held in Bangkok from October 7-9, before players compete in Jeddah from Oct 14-16.