UZ Sparks maintained their perfect start in the Harare Basketball Association (HBA) Super 6 League with a 60-48 victory over former national champions Harare City Hornets Ladies in week four of the competition at the City Sports Centre on Saturday.

UZ were missing Tadiwa Mabika who was crowned player of the week in the previous round of matches.

In her absence, Kelly Mhembere led the team to a fourth victory in as many games, scoring 12 points and claiming 17 rebounds in 27 minutes.

UZ Sparks are currently the only team unbeaten in the ladies’ HBA Super 6 League.

“It wasn’t a tough game for us but definitely needed each and every one of us to be fit. We were happy that we out-rebounded Hornets and we fairly played well defensively and offensively,” said Mhembere.

UZ Sparks Coach, Tongai Munaku was equally delighted by the win against the Hornets.

“Hornets are a very tough side and have a strong team which is picking up momentum with every game. It was very tough without our marksman Tadiwa Mabika but Kelly had to step up. She also played through an injury but she performed very well, it was a tough game for us, blow for blow at first but eventually, we managed to create the separation. Overall, it was a good game with a lot of pointers to learn from” 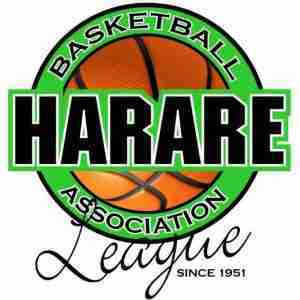 In other matches played on Saturday, Vixens got their first victory, beating Greenstars 55-45.

Vixens were led by reigning national MVP Ellen Chikoto, who netted 13 points and her teammate Evidence Kwayidza, who chipped in with 12 plus 15 rebounds from Memory Mataga.

JBC beat Bunnies 58-39 to move above them on the log into second position with three wins and one loss in four matches.

-Foxes back to winning ways –

In the HBA Super 6 men’s league, defending national champions Foxes got back to winning ways after beating Leopards Academy 99-76 in an entertaining encounter.

Foxes were led by MVP Kudakwashe Pote, who scored 24 points while captain James Makanjila weighed in with 11 rebounds.

It was not easy for Leopards as only four players managed to put up points out of the whole roaster led by Munashe Makumbe with 25 and Simbararshe Mungomezi with 21.

Hornet’s Tatenda Maturure put up 26 points but they proved in vain as they came short against an inspired Foxes side.

In the last game of the day, Brendon Muvaka and Tatenda James led the way with 22 points each as UZ Stars beat Arcadia Bucs 83-69.

Agrippa Masvisvi scored a game-high 25 points but they were not enough to lift Bucs over the Stars.

UZ Stars now occupy second place with a W-L of 3-1 while Foxes, Bucs & Hornets have all won one and lost three, but are just separated by points differentials at the bottom of the standings.