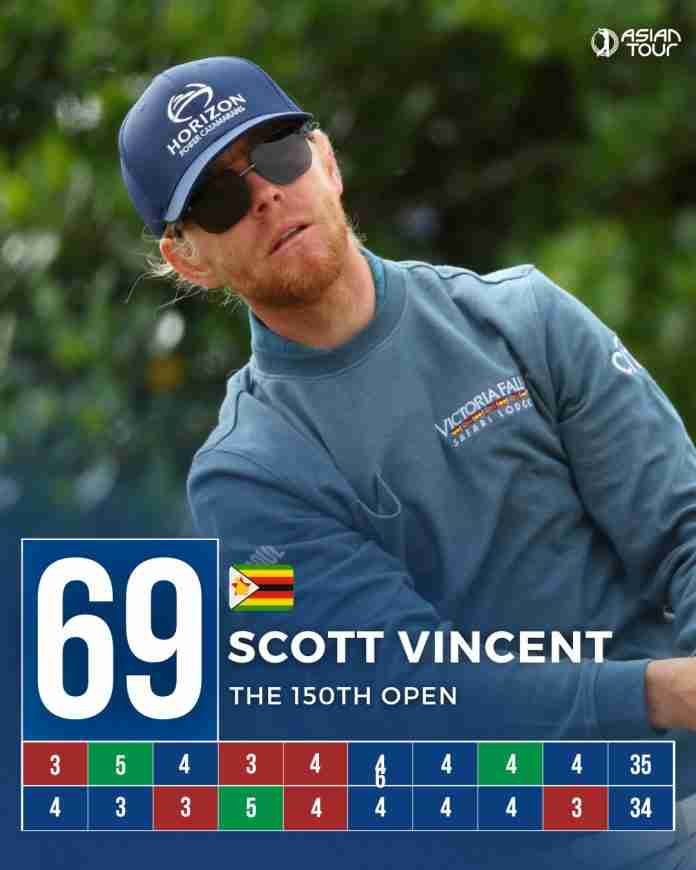 Zimbabwe’s Scott Vincent hardly looked like a player who was playing in his first golf major as he made a solid start to his campaign at the 150th Open at St Andrews in Scotland on Thursday.

Vincent fired a stylish three-under-par 69 to sit five strokes shy of American Cameron Young, who holds the clubhouse lead after the first round at St Andrews.

The 30-year-old Harare-born star sits made three birdies and two bogeys on the front nine, but rebounded on the back side, birding the 12th, 14th and 18th to finish at three-under par for the day.

Vincent will start the second round, five shots behind Young, who took advantage of the early tee off to hold the clubhouse lead after carding an opening round eight-under 64 at the 150th British Open on Thursday

Playing his first ever round at The Open, the 25-year-old American made it a memorable one as he challenged the major championship record score of 62 set by Branden Grace at Royal Birkdale in 2017, returning a clean card to sit three clear of Australian Cameron Smith, who birdied the last for a 67.

Scott Vincent shot an impressive 69 in his first round at The Old Course to continue a brilliant season so far on the Asian Tour. The Zimbabwean is really entertaining to watch with tonnes of game… and swag! https://t.co/F8YHThRBYV