Royal Harare Golf Club-based top junior golfer Michael Wallace got his season off to a perfect start after successfully defending his title at the season-opening Dugmore and Fellowship Golf Championship at Bulawayo Golf Club on Sunday.

Wallace carded scores of 73, 70 and 71 in the 54-hole competition for a good total of two-under-par 214 to finish two shots clear of Matthew Williams from Bulawayo Golf Club.

The 18-year-old Wallace, who had his father on his bag was pleased to get his 2023 season off to a winning start as he carried his brilliant form from last month’s Zimbabwe Junior Golf Association’s holiday tournaments swing before his good show at the Junior Orange Bowl International Golf Championship in the US.

The Dugmore and Fellowship tourney is named after F.C. Dugmore, the inaugural winner of Bulawayo Golf Club’s first club competition in 1898.

F.C. Dugmore was also one of the 18 pioneering members of Bulawayo Golf Club, which is the oldest golf club in Zimbabwe, with a history dating back to 1895.

This year’s tournament was graced by Royal and Ancient (R&A)’s Africa golf development officer Eden Thompson who is in Zimbabwe on a working visit.

For the first time in the country’s history, the men’s competition was hosted concurrently with the ladies’ tournament, with World Amateur Golf Ranking (WAGR) points on offer in both fields.

The promising Royal Harare Golf Club-based female golfer recovered from a difficult opening round of 92 to card 80 and 75 in the last two rounds for a 54-hole gross total of 31-over-par 247.

She finished a shot ahead of her Royal Harare Golf Club teammate Kudzi Mandava, who carded scores of 83, 84 and 82.

The 20-year-old Humbira was pleased with her victory.

“It was very challenging and interesting and a very good experience for us ladies as it was the first time us (women) playing with men and the competition was real but we enjoyed it. I am promising to be one of the best ladies’ golfers in the world,” said Humbira. 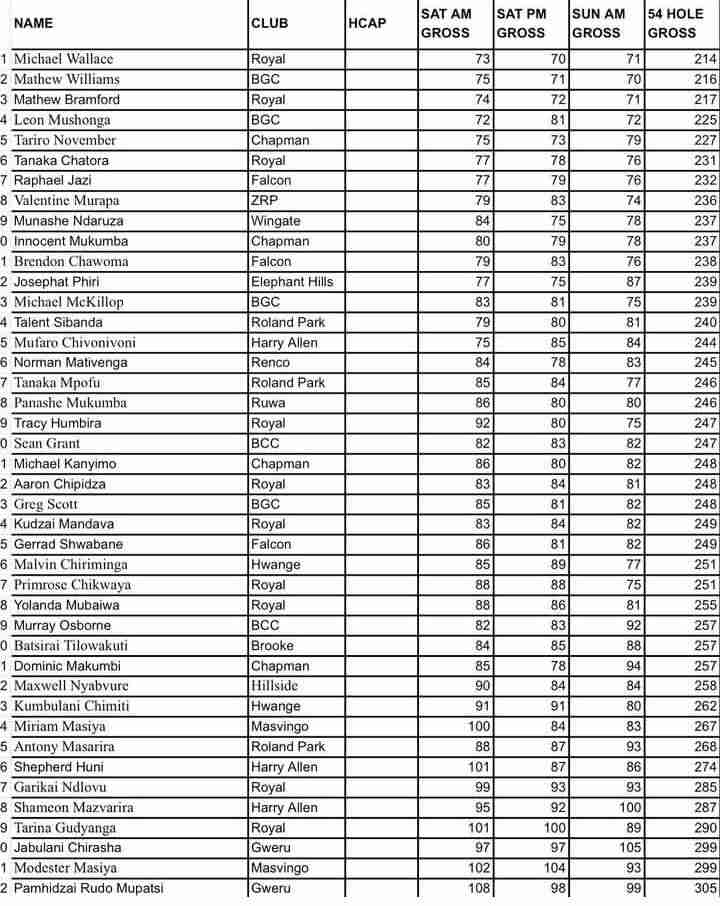