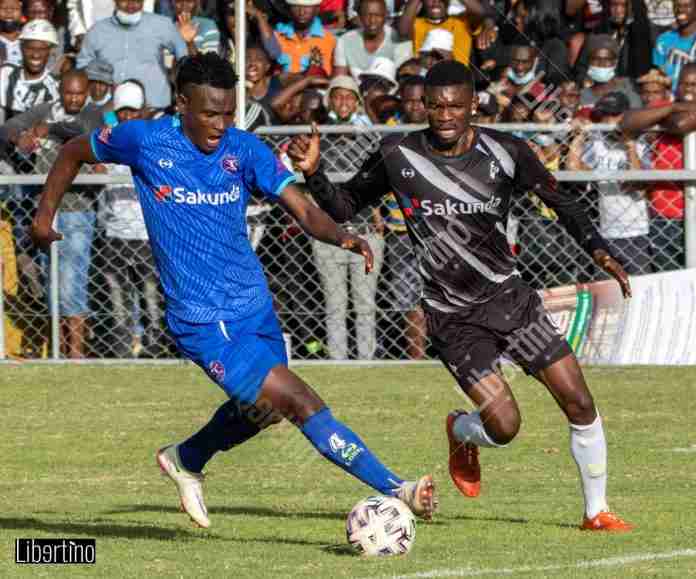 The blockbuster Castle Lager Premier Soccer League clash between Highlanders and Dynamos was abandoned as chaos reigned supreme in the biggest match in Zimbabwean club football.

The tempestuous encounter was halted twice, with the second and final stoppage coming in injury time when Washington Navaya scored a contentious goal for Highlanders, resulting in the home fans invading the pitch in celebration.

The initial interruption lasted 15 minutes after the home team threatened to invade the pitch after Bill Antonio’s tackle left Andrew Tandi with a suspected broken leg.

Antonio was shown a straight red card for the tackle which resulted in clashes between players and officials from both sides.

When play finally resumed Highlanders were finally rewarded for their industry two minutes into added time when second-half substitute Navaya rose to head home under challenge from Dynamos goalkeeper Taimon Mvula to put the score at 1-0.

The goal torched unorthodox scenes of celebration by a section of home fans who invaded the pitch in jubilation while Dynamos players surrounded the referee protesting his decision to allow the goal.

The Dynamos fans invaded the pitch, ripping the nets.

Anti-riot police watched the chaos as it unfolded in front of them.

With the ugly scenes taking centre stage, the match could not proceed, leading to another abandonment of the usually fiery clash between the biggest teams in Zimbabwean football.