A day after the historic ODI win on Australian soil, Zimbabwe head coach Dave Houghton said the success should translate into more matches for the country and more tours to bigger cricket-playing nations.

Following two big losses, Zimbabwe spinners, especially Ryan Burl, turned things around in the third game, demolishing the hosts for a paltry 141 and then overhauling the target for the loss of seven wickets with 11 overs to spare for a historic win.

Zimbabwe have had a good run in international cricket of late, defeating Bangladesh in the ODI and T20I series at home last month before coming close to upsetting India in Harare in the final ODI.

“We don’t get to beat the big sides that often and to beat them in their country is a huge plus for us and our cricket at the moment.”

“I hope it goes a lot way towards providing that (more matches),” the former Zimbabwe skipper said. “There’s a bit of good cricket coming up for us over the next six months, but it would be nice to get involved in tours to the bigger countries.

“The more wins we can get on tours like this, the more our chances are that we might get some bigger opponents on a regular basis.” 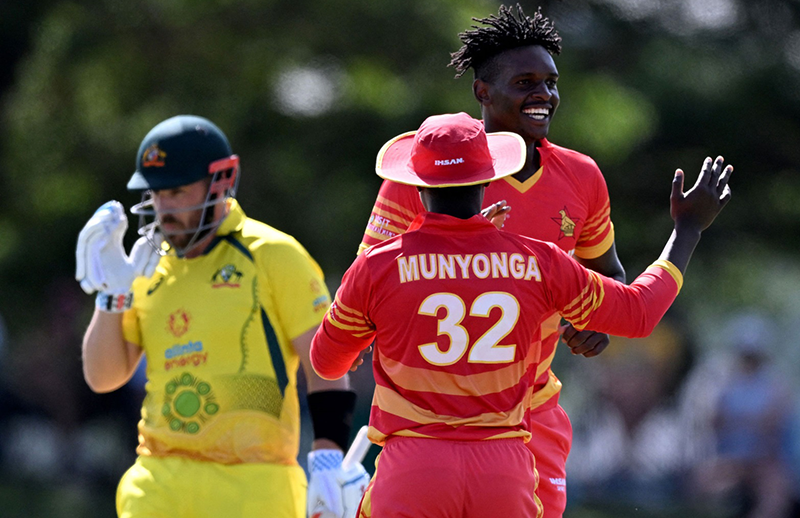 Houghton felt there was still a significant gap in the quality of players of both sides.

“I still think the gulf is huge. I’ll be honest, if we’d lost the toss today I think we’d have seen a game similar to the second game when you are looking at it from a completely different angle. We’d struggle to beat your state sides on a good day.

“We are growing and hopefully we grow quite quickly with the amount of cricket we are beginning to get and the fact we are getting a few results like this… it’s really good in enforcing what we are trying to do with the team, the tactics and the skills they have.

“Because there’s nothing worse than working really hard at something and getting absolutely no reward. It’s nice to get these little reward top-ups to show the guys what they are doing is right.”

Zimbabwe will be back in Australia in around three weeks for the T20 World Cup, where they are in the qualifiers with West Indies, Ireland and Scotland – a tough group to progress from.

However, when they will play one of the Big Three again outside of potential meetings at global events is uncertain. In the 2023-27 Future Tours Programme (FTP), Zimbabwe have nothing lined up against India, Australia or England. New Zealand, South Africa, Pakistan, Sri Lanka and West Indies are all due to tour under the next cycle.