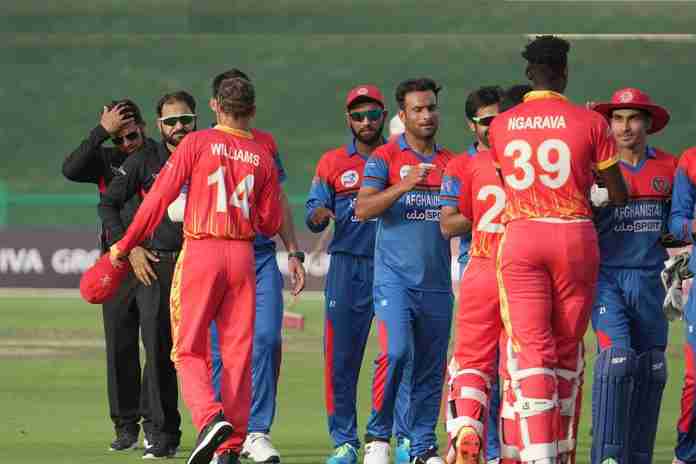 Zimbabwe will host Afghanistan for a three-match ODI series, which will be followed by three T20Is. The series gets underway with the first ODI at Harare Sports Club on Saturday, June 4.

While the 50-over format will see Hashmatullah Zazai as captain of Afghanistan, the shortest format will be led by all-rounder Mohammad Nabi.

Zimbabwe, on the other hand, are led by Craig Ervine. The home team also has a number of experienced players in their unit, with players such as Sikandar Raza, Blessing Muzarabani, and Donald Tiripano available as well.

All matches will be held at the Harare Sports Club and will be day encounters. The ODIs will begin from 9.15 am local time, while the three T20Is are scheduled for 1 pm local time.

Here’s where you can watch ZIM vs AFG 2022, along with the live streaming and TV details.

In Zimbabwe, the national broadcaster ZBC is providing exclusive live coverage of the Zimbabwe vs Afghanistan ODI series. Play gets underway for the 1st ODI at 9.15 am.

Fans in Afghanistan can follow the action on Radio Television Afghanistan (RTA), the public-broadcasting organization of Afghanistan, based in Kabul. In India, the series will be telecast on the streaming app Fancode. There will be no TV broadcast of the matches.

Viewers in Bangladesh will be able to watch the matches live on T Sports & Toffee (OTT).

Cricket fans in the UK and the rest of Europe can watch the series on the British free-to-air sports television channel FreeSports.

Wondering where to watch the #ZIMvAFG? We've got you covered 📺