Flying winger Tavonga Ablant led the way with a brilliant hat trick as the Zimbabwe Under-20 rugby team produced a big upset by stunning hosts Canada 32-24 (halftime 20-7) in their opening match of the World Rugby-sanctioned Under-20 Canada Conference 2022 at Guelph University in Ontario on Saturday.

Despite missing six key players who failed to make it to Canada in time for the first match due to visa delays, the Junior Sables proved why they are the reigning African champions by delivering a virtuoso performance against their much-fancied hosts.

The spellbinding speed of the Junior Sables backline proved a difference as Canada, who were the pre-match overwhelming favourite struggled to contain them all afternoon.

The Junior Sables took control from with onset with captain Takudzwa Musingwini’s first attempt at the posts coming off the upright, but he would get an easier shot soon after to open the scoring in the sixth minute.

That was followed by a try from scrum-half Panashe Zuze, who gathered the ball in his stride and burst through a gap, to ensure the visitors’ lead was 10-0 at the midpoint of the first half.

In the 27th minute, a turnover in midfield saw Zimbabwe regain possession, put it through hands and out to winger Ablant, who showcased his immense speed to bypass multiple defenders as he tiptoed down the sideline and in for the try.

Moments later, that score was replicated almost step for step by Emmanuel Farawu on the opposite wing as Zimbabwe extended their lead to 20-0.

The Canadians managed to compose themselves and finally got on the board when Relmu Wilson-Valdes went over from a pick-and-go with just two minutes on the clock.

Spurred on by their first try Canada came out the better team after halftime and reduced the deficit to six points with their second try through prop Mehdi Porchet in the 50th minute.

A few minutes later, the hosts would take their first lead of the match as a well-worked move was finished by flanker Ethan Fryer to make the score 21-20 before flyhalf Jemin Hodgkins’ successful conversion gave Canada a 24-20 lead. 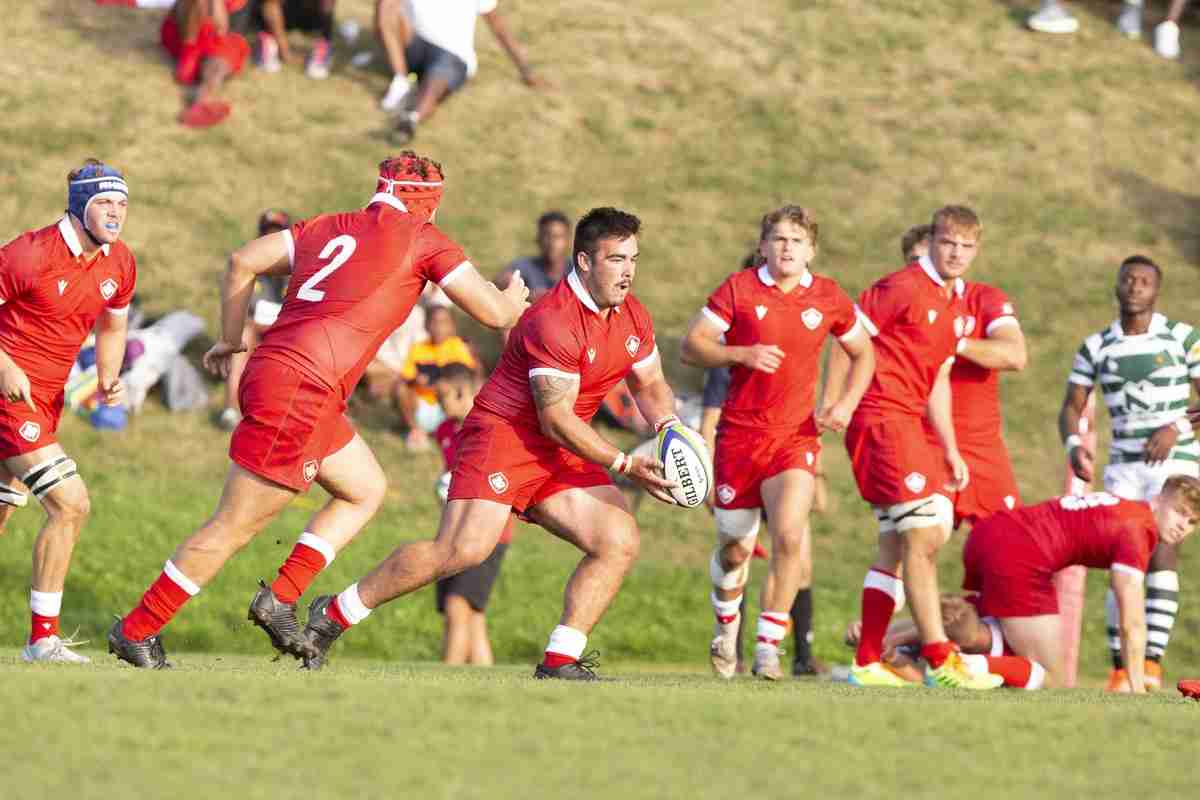 Zimbabwe, who had been on the backfoot since the restart, burst back into life on the hour mark as Ablant, named the player of the tournament in the Rugby Africa U20 Barthes Trophy early this year, scored his second try of the match to restore a one-point advantage for the visitors.

Despite being reduced to 14-men after a yellow card to Tamuka Kambani for a dangerous tackle the Junior Sables defended superbly to deny Canada before Ablant again had the final word, racing in after Carl Kawodza’s outside back on a first-phase scrum attack. Pattenden’s conversion put the result beyond doubt.

The series continues on Thursday when Zimbabwe take on Uruguay while Canada will look for redemption against Chile, who lost their opening game against their fellow South American rivals.