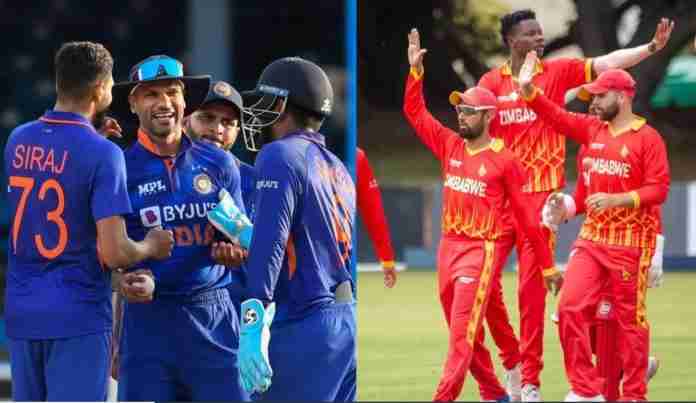 India’s tour of Zimbabwe was originally scheduled for August 2020 but was postponed due to the Covid-19 pandemic. The series is part of the ongoing ICC Cricket World Cup Super League 2020-23.

The first ZIM vs IND ODI is scheduled for August 18 (Thursday), followed by matches on August 20 (Saturday) and August 22 (Monday), with all three matches starting at 09:15 AM local time (CAT)/12:45 PM IST/. All three matches will be played at Harare Sports Club, Harare.

India vs Zimbabwe will be broadcasted on Sony Sports Network.

India vs Zimbabwe live streaming will be available on the Sony Liv app and website.

In Zimbabwe, SuperSport TV will telecast the live action of the IND vs ZIM ODI series.

India and Zimbabwe last played an ODI cricket match on June 15, 2016. India are in a 12-match winning run in ODIs against Zimbabwe. India last lost to Zimbabwe in an ODI on June 3, 2010.

The two teams have met 63 times in ODIs, and the head-to-head record is 51-10 in favour of India. The matches have ended as ties.

In nine bilateral ODI series, India lead Zimbabwe 8-1. Zimbabwe’s lone series win was back in 1997, when they won 1-0 in Bulawayo.