Rising Zimbabwean golfer Kieran Vincent recorded his second consecutive top 10 finish on the Asian Tour after fishing in a tie for ninth position at the US$ 1,500,000 International Series Egypt in Cairo on Sunday.

The 24-year-old US-based star, who has been enjoying a memorable rookie season on the pro ranks of fired a closing seven-under-par-65 around the Madinaty Golf Club layout for a tournament total of 13-under-par-267.

It was Kieran’s second successive top 10 finish after contending for the coveted title at the International Series Morocco in Rabat last weekend before eventually settling for a tie for fifth position.

Vincent was able to carry his form into the Morrocan event at the weekend as he once again showed that he is destined for a very bright future, just like his more established brother Scott.

The 30-year-old Scott, who remains at the top of the Asian Tour International Series Order of Merit Standings, did not have the best week but still managed to finish tied for 33 on six-under-par-274. 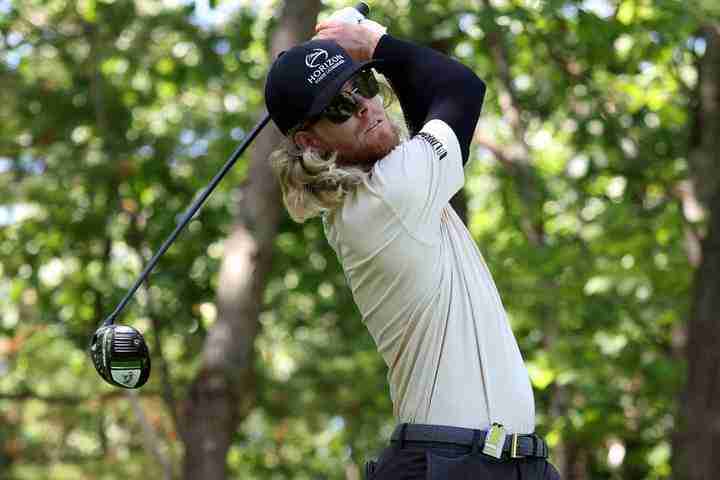 Scott produced his best display of the week with a superb eight-under-par 64 on Sunday which lifted him to just outside the top 30 on the leaderboard.

The elder of the Vincent brothers while holds the distinction of being the first winner of an International Series event after capturing the inaugural title in Newcastle, England early this year.

It was his second victory in two weeks as he also claimed the Gate Way To The Open Mizuno Open on the Japan Golf Tour, which secured him a place in The Open Championship for his first Major.

Vincent leads the International Series OOM ahead of American Sihwan Kim while he is ranked fourth on the Asian Tour OOM, he trails leader Bio Kim from Korea.

The former amateur star fired final round eight-under-par 62 to finish with a tournament total of 23 under and win by four shots from Austria’s Bernd Wiesberger, who returned a 63.

Korean Jeunghun Wang (64) and Sihwan Kim (65) from the United States tied for third, seven behind the winner.

The result saw Sihwan Kim return to the top of the Asian Tour Order of Merit list.

Two more events remain on the Asian Tour this season: the Bangabandhu Cup Golf Bangladesh Open (November 24-27) and the BNI Indonesian Masters presented by TNE (December 1-4) which is also an International Series event.