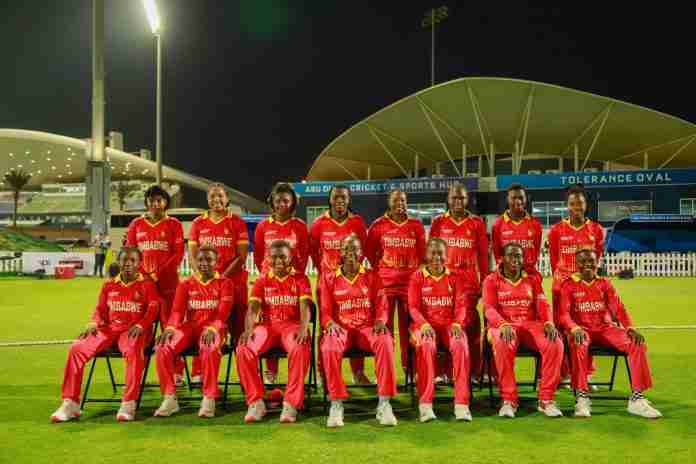 Zimbabwe’s national women’s cricket team are one game away from qualifying for their first-ever ICC Women’s T20 World Cup but will have to recover from a disappointing loss against UAE to beat Ireland in a winner takes all qualifying semi-final in Abu Dhabi on Friday.

The Lady Chevrons suffered their first defeat at the ongoing 2022 International Cricket Council (ICC) Women’s T20 World Cup Qualifier when they lost by four wickets to the host nation United Arab Emirates in their last Group B fixture at the Tolerance Oval in Abu Dhabi on Wednesday evening.

Despite the disappointing last-gasp loss, Zimbabwe still finished top of Group B, thanks to the comprehensive victories in the opening two round-robin matches against Papua New Guinea and Thailand.

And they are now set to play in one of the biggest matches in their history on Friday when they face under floodlights at the Sheikh Zayed Cricket Stadium in a crucial semi-final clash, in which the winners will qualify for the World Cup to be played in South Africa.

Ireland finished second in Group A, which was won by tournament favourites Bangladesh, who now meet Thailand in the other winner takes all semi-final on Friday.

Thailand landed the other semi-final ticket from Group B following a 12 runs victory over Papua New Guinea yesterday.

The winners of the two semi-final matches will meet in the final on Sunday with their places at next year’s ICC Women’s T20 World Cup having already been secured.

After a few near misses in the past, the rapidly improving Zimbabwe Women side will feel that this could finally be the year they qualify for their first global tournament.

They will however need to put up a much better performance in the semi-final against Ireland than they did against hosts UAE on Wednesday.

The Lady Chevrons yesterday struggled to put runs on the board after winning the toss and choosing to bat. In the end, they settled for 120/7 in their allotted overs before the hosts rallied back to claim an unlikely victory, with the needed 14 runs coming in the last over.

Zimbabwe captain Mary-Anne Musonda conceded her side did not perform to the best of their abilities on Wednesday.

“I think we just did not show up as a team and I say this because even our batting, we didn’t bat like we usually do. I thought we were a bit tentative and that put us under a lot of pressure. We just didn’t show up and, in the end, we needed about 30 more runs on the board then it could’ve been game on,” Musonda said.

“I also thought we didn’t bowl the way we have been; we have been bowling out teams for less than a 100 by just bowling good channels and taking our chances. Today we dropped about three chances and also mis-fielded a couple of times. The biggest mis-field actually cost us the game,” she said.